Year of the Tiger Ends with a Bang

There was a good turnout at the gun exhibit entitled “Guns of the Royal Hong Kong Police.” A total of eleven handguns, rifles and shotguns were displayed as well as artifacts from the RHKP shooting club and the flag of the former British Crown Colony.  It was nice to see entire families attend this hands-on exhibit and there were many relevant questions about the Hong Kong Police and the firearms used by them. 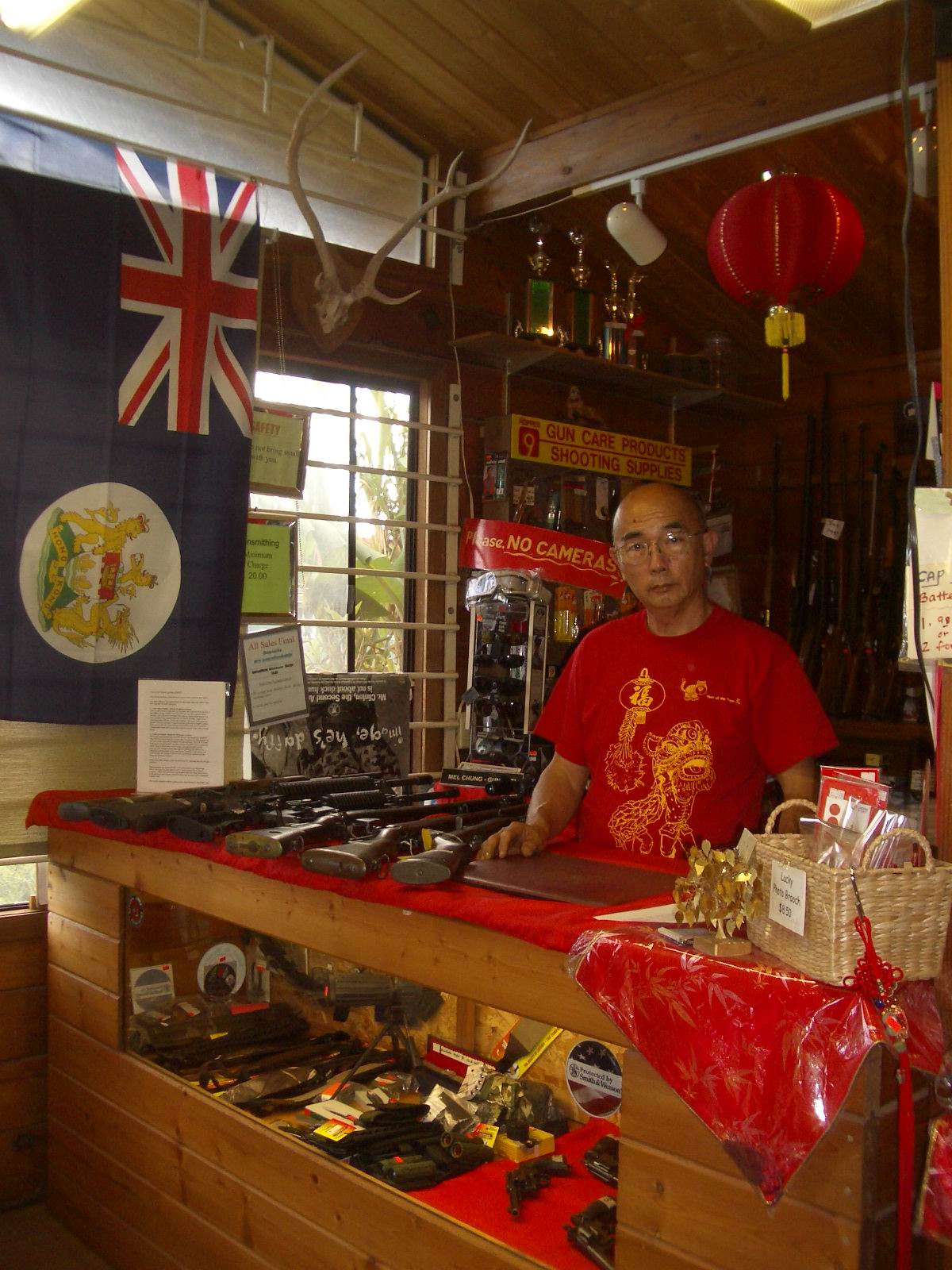 The Chinese law enforcement gun show is one of the components of the Chinese Year of the Tiger Celebration along with the Parade, Jumping Lion dances and Festival already held on Molokai. Look for another gun exhibit or show in June at Mel Chung-Gunsmith in Kaunakakai.