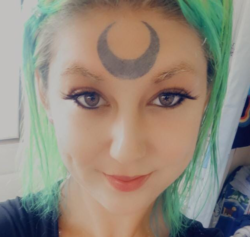 Nearly four months after her June 24 disappearance, 25-year-old Gianina Reid is still missing on Molokai. Volunteer and police search efforts continue to locate her remains or any information on her whereabouts.

Police brought in a cadaver dog from the Hawaii Emergency Management Agency on Sept. 10 to search the Kalaupapa lookout area. After identifying an area of interest, a helicopter did another search later that day from the air while the firefighters from Ho’olehua station brought in a rappel team to assist from the ground. Molokai police detective Kyle “Ikaika” Bishaw-Juario said no evidence was found during those searches.

On Saturday, Sept. 25, members of the Search Tech Advisory Team, a nonprofit search and rescue organization based on Maui, came to search by drone. However, the $32,000 drone experienced technical difficulties and the effort again found nothing, according to Kimberly Scott, a Maui-based search and rescue coordinator who has been assisting with volunteer search efforts at the request of Reid’s family. She added they plan to return for a continued drone search.

Community members with experience in the park’s treacherous terrain gathered on Sept. 4 and 5 to conduct a volunteer search of Pala’au Park and nearby areas. The intent was to find Reid’s remains or signs of her last known location. Searchers found no significant evidence during the two-day effort.

Police had previously conducted multiple searches of the area on foot and by drone and helicopter.

Reid was last seen at the Kalaupapa lookout parking lot on June 24, where she abandoned her car and belongings and presumably fled on foot after hitting the park caretaker with her vehicle. She is diagnosed with bipolar disorder, and friends and family haven’t heard from her since her disappearance.

Reid is described by police as Caucasian, 5-foot-8, weighing about 120 pounds, with blonde hair and hazel eyes and a tattoo of a crescent moon shape on her forehead.

Anyone with information about Reid is asked to contact the Molokai police at 808-553-5355, call her mother, Lenia Rexrode, at 484-798-3731, or send a message through the “Find Gianina Reid” Facebook page, and tips will be forwarded to the police anonymously. A reward is being offered for information leading to finding answers on her whereabouts.