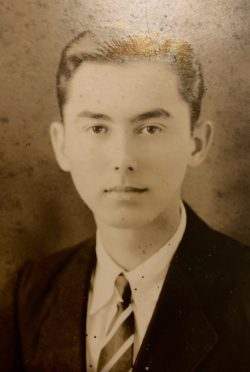 Maybe you’ve seen me walking around. Tall, used to be blond, frequently at Hula Bean — I feel like I stick out.

One of the most common questions I hear is, “Where are you from?” It’s a question with a couple different answers. I’m from Washington D.C. Pretty simple. Born in D.C. Went to 12 years of school in D.C. Attended college in Philadelphia and then, well, ended up working in D.C for a year.

But what I want to say is that it’s more interesting than that. I’m a Kiyonaga, which means I’m Yonsei on my dad’s side. My grandfather, Joseph Kiyonaga, grew up in Kamalo, the only child of Junzo and Mary Waki Kiyonaga. I know broad sketches of my family history. The Kiyonagas eventually moved to Kaunakakai. Mary set up the Molokai Dress Shop. Junzo died. I don’t know when. He was buried. I can’t find where. After teaching math for a couple years at Molokai High School, my grandfather Joseph volunteered for the 442nd Regimental Combat Team in World War II. He was later recruited by the CIA to run covert operations in Japan and Latin America until his death in 1977. He was by all accounts impressive. My great-grandmother Mary re-married to a former Catholic priest from Kalaupapa and continued to run the dress store until she died in 1990. My family has kept ownership of their houses in Kaunakakai. The property has sat unoccupied for several years now, so it needs some work. 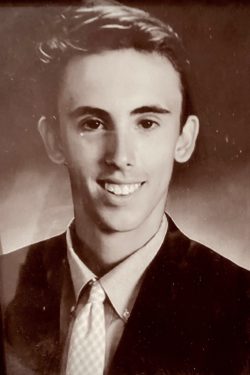 That’s where I come in. I’d visited Molokai a couple times growing up with my family. It always captivated me. There is something both obviously and intangibly beautiful about Molokai. It’s the kind of beauty that shows up well in writing. So, I decided to come out to Molokai to write, to research, to find out more about myself and where part of me is from.

Because, like many families, mine isn’t as straightforward as it appears. There are rumors. I found an immigration report listing my great-grandfather as 4’10” when he arrived in Honolulu at the age of fifteen. My grandfather grew to 6 feet 4 inches – we’d stand eye-to-eye. I’ve been told a couple different stories. They are stories of transgression, loneliness, and perhaps absolution. But they remain just stories still. Part of Molokai’s appeal for me is that it holds time so securely. Kupuna care about the past, they keep it alive. Only on Molokai can I still see the clearing in the woods that my grandfather first called home, still hear stories about people who lived and died long ago. Given enough time on Molokai, I believe I can firmly answer some of these questions.