What’s Up with Carrots? 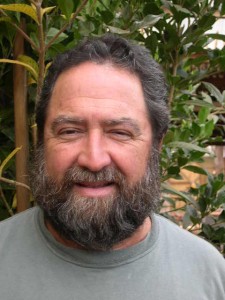 When you think of an orange vegetable, carrots come to mind, but once upon a time the most common color of carrots wasn’t orange. It wasn’t until the 1500s that the Dutch stumbled upon an orange carrot and focused on developing more orange varieties.
Believed to be native to the area around Afghanistan, the first carrots were purple and yellow. Around A.D. 900-1200, they spread to the eastern Mediterranean, then to China and Eastern Europe by the 1300s. By the 1600s, yellow carrots reached Japan, but it wasn’t until the 1700s that orange carrots emerged in Holland and adjacent areas. White and yellow carrots are still used for livestock in eastern and western Europe, while red carrots are popular in Japan. 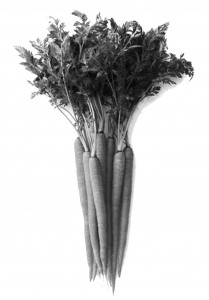 With the quest for new color choices in vegetables, we’ve gone full circle with the return of colorful carrots with names like Atomic Red, Nutri-Red, Purple Haze, Purple Dragon, Mello Yellow Scarlet Wonder and Rainbow. Breeding by U.S. Department of Agriculture (USDA) to develop a high Vitamin A carrot led to the development of a cultivar called A Plus, which increased the carotene content by leaps and bounds. A collateral benefit was improved taste, especially sweetness.

A nemesis of the carrot is the root-knot nematode causing galls on the roots, and this microscopic eelworm is common in many of our soils. A solution is to grow cover crops, such as Sunn Hemp, African Marigolds, Sorghum-Sudangrass Hybrids, or a variety of cowpea called Iron and Clay. All are very tolerant to nematodes and can break their life cycle by not allowing them to multiply like they do on carrots.

There are many varieties of carrots, with the long skinny Imperators being the most popular in the U.S., while the rest of the world prefers the shorter, thicker conical Danvers and Chantenay and the cylindrical Nantes types. The Japanese have their own favorite –a stubby carrot variety called Kuroda. Today, carrots are worth over $300 million to U.S. growers, with over 50 percent of the carrots produced in California. Carrots provide 30 percent of the Vitamin A in the U.S. diet.

One of the challenges in Hawaii is to find a tasty carrot. Many carrots are bred for cooler weather, and most varieties grown in Hawaii will have a high terpenoid content which gives it a strong turpentine taste. This problem can be overcome by testing and selecting the right variety for Hawaii. Another solution would be to grow baby carrots by selecting those that produce good color early and have a sweet taste. Another good characteristic is a strong top so when you pull it out of the ground, the carrot doesn’t stay behind. The world doesn’t breed and select new varieties of fruits and vegetables for Hawaii, so we need to do it ourselves. Watch for more carrots grown on Molokai.