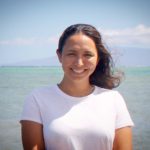 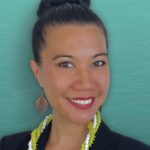 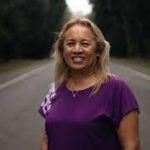 For Molokai Councilmember, incumbent Keani Rawlins-Fernandez’s 48.5 percent of the vote was enough for her to win re-election over fellow Molokai resident John Pele, who garnered 35.8 percent of votes statewide.

Final results of the election weren’t announced by the state Office of Elections until after 9 p.m. on Nov. 9, the day after the election.

“It’s been such an emotional day,” said Rawlins-Fernandez in a Nov. 9 social media post. “So many photos capturing the rollercoaster of emotions the last 24 hours has been, but I’ll start with this photo: the traditional mahalo sign wave. To the 25,396 people who voted to continue advancing the work of my office, mahalo. I’m humbled and grateful for your support, and it serves as reaffirmation of the direction we have taken with the legislation and priorities, and I look forward to continuing to work hard for every one of you. To my family, campaign team, and the ‘Onipa’a movement, it’s been a kakou effort every step of the way. I am forever appreciative and inspired by your investment in our collective future.”

For Molokai’s District 13 State Representative seat, political newcomer Mahina Poepoe of Molokai secured 63 percent of the vote and a win over Scott Adam.

“Mahlo Nui! We did it!” said Poepoe on social media. “Thank you for your votes, for your time, for sharing in conversation, for your faith, for your donations, for your hugs and well wishes, for sharing in every part of this journey so far. It really does take a village. I look forward to continuing to serve our people and ‘aina.”

“My heartfelt mahalo for all of the support! It is truly an honor to serve SD7 and I look forward to the next two years. … Thank you Maui, Molokai and Lanai so grateful to all the supporters out there!” said Sen. DeCoite in a social media post.

Overall, voter turnout statewide was lower than expected – around 41 percent as of late Tuesday night. Although Hawaii shifted to an all mail-in system two years ago, Hawaii voter participation has remained among the lowest nationwide, according to the Civil Beat.

Election results reported here were current as of Nov. 9 at 9:18 p.m. and are not expected to change. Molokai residents can view full results at elections.hawaii.gov.