Two brush fires broke out on Molokai today, both about three miles west of Kaunakakai. One burned about 20 acres along Maunaloa Highway, while the smaller blaze burned about 5,000 square feet in the same area, according to Molokai Fire Captain and incident commander Travis Tancayo. Both were reported just after 1 p.m., and were contained by 3:30 p.m. 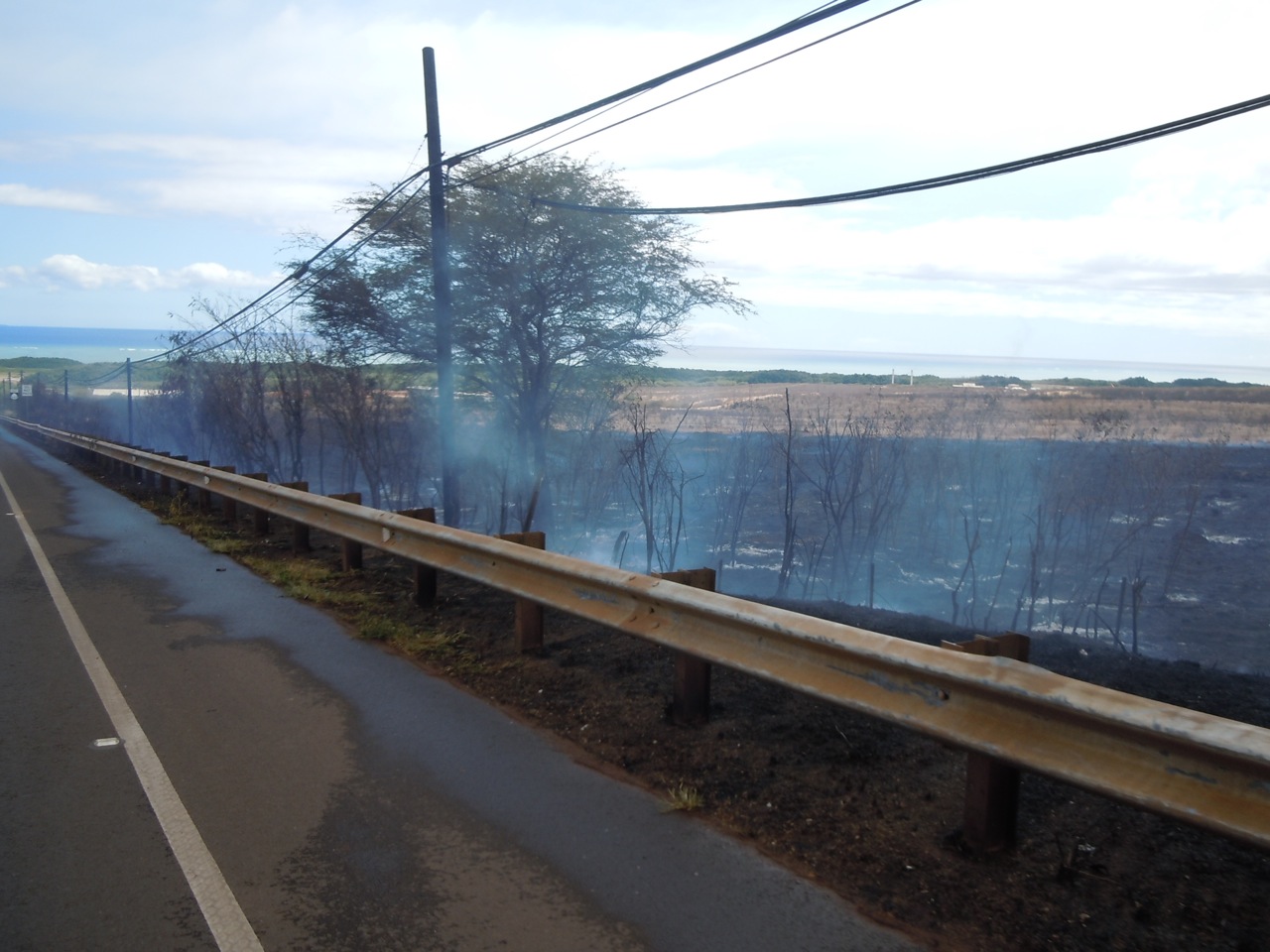