The Rarest of Orchids 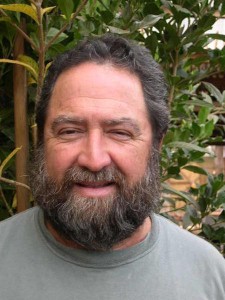 You would think the rarest orchids would be found deep in the steamy jungles of the Amazon or even in an isolated island such as Irian Jaya. Although they are found in one of the most isolated areas of the world, it just happens to be right here in our Molokai forest. Hawaii has only three endemic orchids, Ke kino o Kanaloa or the Hawaiian Jeweled Orchid, Awapuhi a Kanaloa or the Hawaii Widelip Orchid, also known as the Hawaiian Twayblade, and Puahala a Kane, the Hawaiian Bog Orchid. Their flowers are not showy, but these plants are precious jewels nonetheless.

Of these, Puahala a Kane, Platanthera holochila, is the rarest. Listed as endangered under the U.S. Endangered Species Act, only 33 Puahala a Kane plants remain in the wild; 25 on Molokai, one on Kauai, and seven on Maui. For this orchid to reach Hawaii and establish themselves is an astonishing feat, travelling across thousands of miles of uncharted ocean in the form of a seed. It’s believed these orchids came to Hawaii on the muddy feet of migrating birds such as the Golden Plover, from the bogs of Southern Alaska to the bogs of Hawaii, including Alaka`i on Kauai, and Pepeopae on Molokai. There, they evolved into a community of orchids unique from their continental cousins.

Threatened by wild pigs, the last communities of Puahala a Kane are being carefully protected. Although one seed capsule of this orchid can produce 1000 seeds, the challenge was finding the right environment and food source to germinate and grow them in the hopes of returning them to the wild. Steve Perlman, a biologist from the Pacific Tropical Botanical Garden on Kauai, worked with orchid experts in Hawaii for over 25 years to propagate them, but with no success. It seemed as though these plants would slip into extinction in his lifetime.

The problem was these plants required special mycorrhyzal fungi to grow well, and formed a symbiotic relationship by attaching to the roots of orchids actually extended the root systems, allowing it to scavenge for food over a larger area of the forest floor. In 2002, Perlman enlisted the help of Dr. Lawrence Zettler, professor and director of the Orchid Recovery Program at Illinois College and an expert in mycorrhyzal fungi, to figure out a way to grow Puahala a Kane. After repeated attempts, the native fungi failed to grow on the orchids in the lab. Using a fungi from somewhere else, and introducing it to Hawaii was a no-no in the eyes of many, including the orchid conservation community.

Another strategy was to grow the seeds on a seaweed-based gelatin called agar spiked with plant nutrients in place of the fungi. The gorilla ogo, Gracilaria salicorna and its Gracilaria cousins are one of the sources of this agar. The experiment worked, and growing in this medium for a year, the plants were pampered on a level rivaling an intensive care unit for infants. From a small Midwest laboratory, 85 of the largest seedlings were carried to Hawaii as special baggage under the airline seats of students from Illinois College. About half were retained at the Olinda Rare Plant Facility on Maui, others to research facilities in Hawaii to propagate and study them, and the remainder returned to their mountain homes. Nine plants headed home to Molokai, but not before another twist to this saga. On March 11, 2010, the Japan earthquake hit Hawaii, knocking out the loading dock for the Maui Princess in Lahaina, but the Puahala a Kane plants were still safe and on their way to Molokai, finally back to their mountain home in Pepeopae.