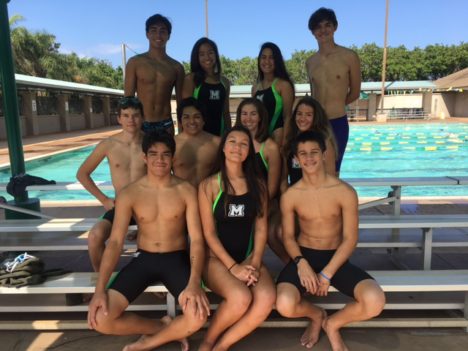 After a strong showing at last weekend’s MIL Championships, the Molokai Boys and Girls Swim will be represented at the upcoming state championship by senior Kahale Ramos-Naehu. He received a state-qualifying time in both the 50 meter freestyle and the 100 meter breaststroke, after finishing third and second in those events, respectively.

Along with Ramos-Naehu, Michelle McGuire also made it to the finals in her event, and finished seventh in the 100m breaststroke, almost qualifying for states. The boys 200m free relay came in fifth overall.

First year Head Coach Amanda Labriola will head to states with Ramos-Naehu, which will be held at the Duke Kahanamoku Aquatic Complex.