The game of chess involves a myriad of moves and variations. It was once estimated that there are 400 different possible positions after two players make just one move. The possible positions increase to 72,084 after each player makes his or her second move. Each player must weigh the options and make the best possible move to gain an advantage and hopefully checkmate their opponent. Quite a daunting task when you consider the amount of critical thinking that is needed. Can you imagine doing it over a nine hour period? 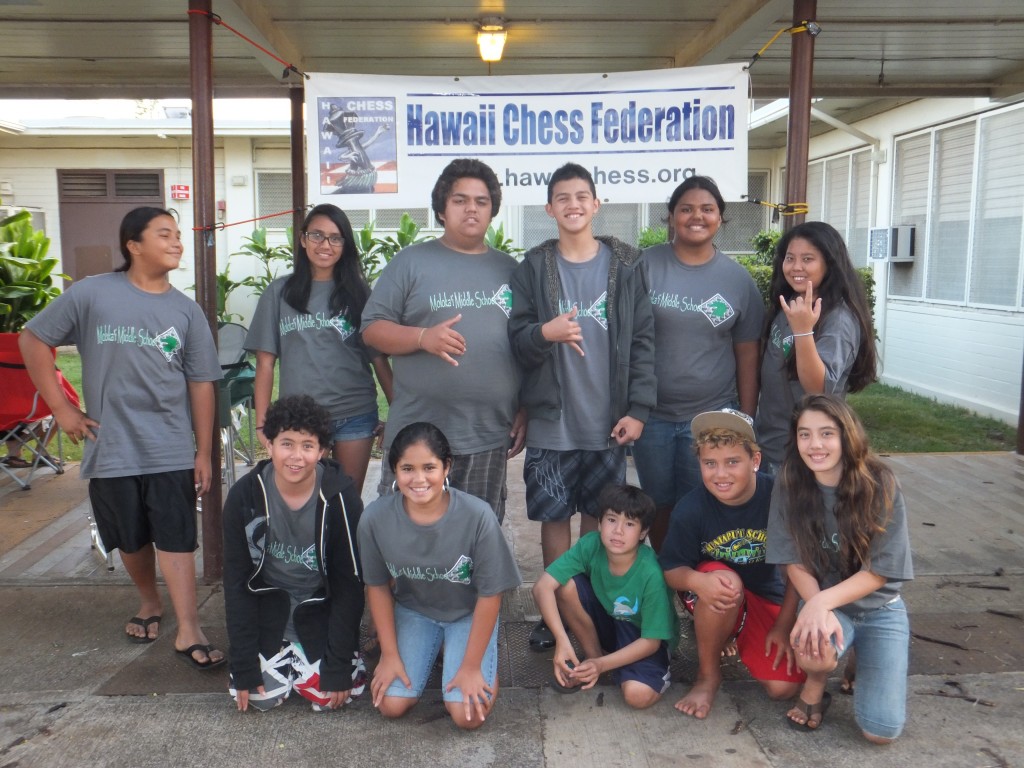 On Saturday, March 31, a team of 10 students from Molokai Middle School and three elementary school students participated in the 2012 Hawaii State Scholastic Chess Tournament on Oahu. They joined 134 students from 10 other public and private schools, Kindergarten through grade 12. Molokai Middle School placed fourth in the middle school division. The team held third place after four rounds but missed winning the bronze medal in the fifth and final round. Christina Nakihei-Rubin, who won her first three games, ended the tournament ranked ninth in the division.

Owen Svetin, a second grader at Kaunakakai Elementary School, did exceptionally well in the K through third grade division, winning four of his five games and placing sixth from a field of 35 contestants. Clancey Wright and T.J. Davis, both fifth graders at Kualapu`u Elementary School, participated in the four to six division and won a total of three games in their first tournament event.

The Molokai chess program is a three year partnership between Queen Lili`uokalani Children’s Center and Molokai Middle School. The team would like to acknowledge Tubz Kalipi, who volunteered his time to mentor this year’s chess team and elevate everyone’s game; the Molokai Youth Center for use of their facility; QLCC staff Honeygirl English and Ebra Silva; community volunteers Patrick Asuncion, Austin Fukuoka, Sam Kealoha, Travis Ritte, Cheesung and Dickie Stone, Gary Suzuki, Ted Takaniiya, and Julian Tones; and Kelvin Keanini for the last minute printing of the team’s T-shirts.

The team would also like to acknowledge Paul Toa, honorary member, who practiced with the team on a regular basis.