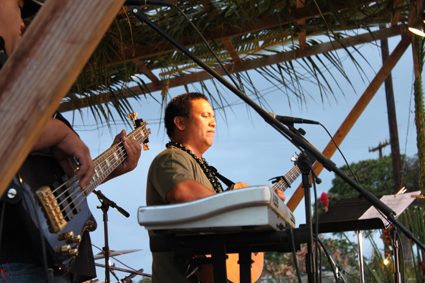 Remember Him reunited after a two-year hiatus to perform at the third annual Praise Concert. Photo by Leslie Hibner. 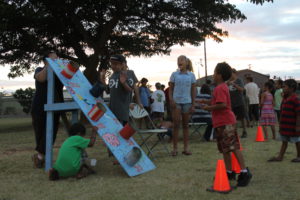 The event, put on by a committee comprised of seven different churches on Molokai, was a free event for families, and offered free food, music and games for keiki.

“It’s a no-strings-attached event and it’s for our whole island,” said Pastor Randy Manley of Molokai Baptist Church. “We’re excited to be able to bless our community like this and see it grow every year.”

Barrett and Tara Awai said they “would not miss this for the world.” They performed at the Molokai Praise Concert last year and enjoyed the experience so much they felt compelled to come again.

“The aloha spirit is birthed on Molokai,” said Barrett Awai. “Every time we come here, it feels like family, like automatic, everybody knows you.”

Other groups that performed included Chevas, Remember Him and Daniel Lehmann.