Softball Hits Off Season with Wins 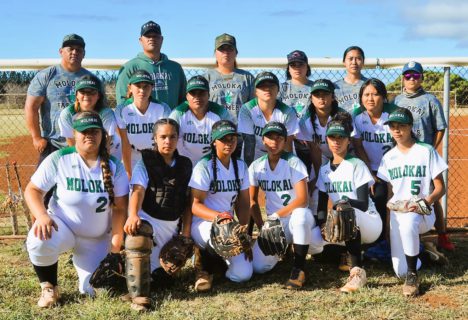 The Molokai High Softball team came up to bat with Hana last weekend, hosting two games and won both.

“With a very young team and only five weeks to prepare, our Lady Farmers softball did awesome this weekend,” said first year Head Coach Kalei Pastrana. “As they continue to work hard during practice and progress in the game of softball, we watched as they played their first two games with a desire to learn and grow in this sport. As a coaching staff, we are so proud and excited to witness these young ladies grow and love the game of softball.”

Molokai will play at home again against Lanai April 1-2.