Shooters and Runners Wrap up Weekend 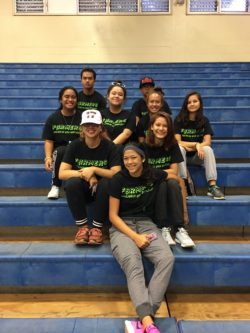 The Molokai Boys CC team traveled to Maui last Saturday for the Seabury Hall Invitational. Head Coach Mahina Hou Ross took six runners, with Jake Samaniego finishing in sixth place with a time of 19:02. He was followed by Kaina Adolpho in 14th (19:31), Karter Kester in 34th (20:36), Nainoa Kahale in 35th (20:37), Ikua Deponte in 40th (20:53) and Erik Svetin in 95th (24:09). One hundred twenty-two boys ran the three mile course at Olinda, Maui.  The boys will travel again to Maui on Oct. 8 for a race at King Kekaulike.

The Molokai Air Riflery team competed in a Postal Shoot last weekend, meaning they shoot on their own here on Molokai and send in their scores to Maui. Head Coach Chinky Hubbard had three boys and seven girls shooting this week.

For the boys, Jershon Kaalekahi came in third, Kaohele Kaiama was tied for fifth and Edwin Greenleaf came in 16th. Forty-nine boys participated in the shoot county-wide and the Molokai Boys came in sixth as a team.