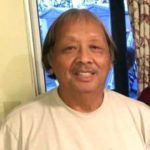 Peter Paul Soares Sr. 77, of Las Vegas Nevada and formerly of Kahului Maui, passed away peacefully on March 9, 2022 in Summerlin Las Vegas with his loving family at his side. He was born to the late Jack and Dolores (Omalza) Soares on June 29, 1944 in Ho’olehua on Molokai.

Peter retired as a senior supervisor agent at Aloha Airlines. He worked at Hoolehua Airport and Kahului Airport for almost 40 years before retiring.