Paddles Up for Molokai Holokai 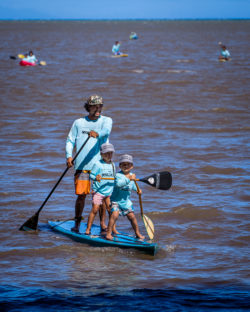 Last Friday, nearly 50 paddlers crossed the channel from Maui to Molokai on stand up paddle boards, one- and two-man outrigger canoes, surfskis and wing foils in the annual two-day Molokai Holokai race.

“This year’s Molokai was perhaps one of the dreamiest downwind runs of the season according to the 43 paddlers that took to the Pailolo Channel from DT Fleming Beach Park to Kaunakakai,” said Clare Seeger Albino, who organized the race along with her husband, Gordon Albino, and other volunteers.

Zane Keokoa Schweitzer remained the event’s reigning champion, crossing in a time of 1:33.

On Saturday, more than 80 competitors came out – many from Molokai – to race in a variety of distances and modes. About 40 residents participated in the family-friendly Keiki and Makua Race, while others competed in a 10-mile downwind run between Kamalo and the Molokai Community Health Center. Local boy Alex Mawae was the first to the beach in the SUP division. Jimmy Austin took first place in the OC1 division, while Molokai couples dominated the OC2, with Keani Rawlins-Fernandez and Makena Fernandez taking first and Troy and Deisha Heen claiming third.

At the finish line, participants and community members enjoyed prizes, food, music and vendor booths. The event was sponsored by the Hawaii Tourism Authority and County of Maui. 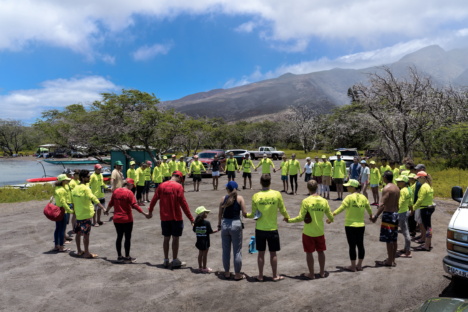 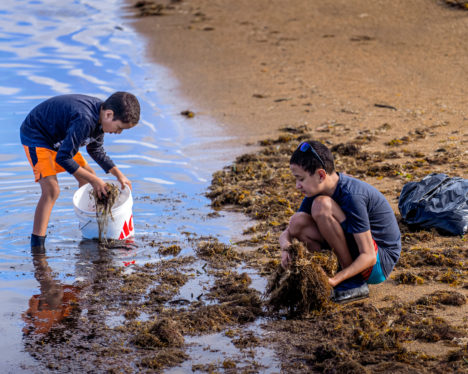