A serious disease spread by rats is in the headlines in Hawaii recently. Angiostrongyliasis, also known as the Rat Lungworm Infection, is caused by a microscopic nematode or eelworm. The adult stage of this nematode lives only in rats, while the immature form or the larvae are passed from the rat droppings to other animals, especially snails and slugs, and even prawns.

Humans ingest the lung worm when they eat slugs and snails hidden in produce, such as lettuce and uncooked greens, and also raw or undercooked snails (escargot) and prawns. Once in the body, the lungworm will migrate up the spinal cord into the brain. While in the brain, it tries to find a way out as it burrows around, and finally dies. The body creates special killer cells to fight the lungworm in the brain, and when the lungworm dies, these killer cells turn on the body to attack the brain and can cause brain damage. 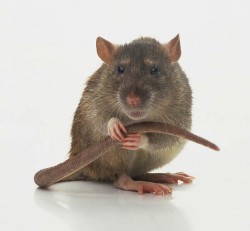 People react differently to this infection. Some overcome them and don’t have symptoms, while others have symptoms for a brief period of time. More recently, there have been extreme cases with paralysis and permanent brain damage. Many of the symptoms mimic the flu such as severe headache, neck and back pain, and nausea. The recent arrival of a semi-slug (Parmarion spp.), with a bump on its back, has increased the presence of this health problem due to their ability to carry high levels of Rat Lungworm larvae.

The wetter areas of Hawaii Island, especially Hilo and Puna, have been the hot spots for this disease in the U.S. The Rat Lungworm has been collected from slugs in the wetter areas of Molokai, including Halawa and Kalae, and there have been some reports of semi-slug sightings, but this hasn’t been confirmed. Controlling slugs near your garden include the use of slug baits and also trapping. Creating slug habitats by putting down pieces of wood or coconut husk can help to capture them. When removing them, do not handle them with your hands or smash them since it can spread the lungworms in the environment. Salt will kill them.

Gardeners should be aware when growing fresh greens. If there are any indication of snails and slugs in or near areas where greens are grown, the produce should be thrown away. Washing may not rid the produce of contamination. This health hazard deserves our diligence, but not our overreaction. We still have some of the safest produce in the world.

Controlling rats are an ongoing challenge for farmers and homeowners alike, and they involve sanitation measures such as cutting off food sources, trapping, and raising rat-killing cats. A better rat trap hasn’t been developed, so the regular wooden rat traps work well. Peanut butter and coconut work well as baits in these traps.

Winter months are the best time to control rats because food sources are in short supply, and they’re also more willing to try something new. Protecting non-target animals from eating rat bait is important. A piece of PVC pipe can serve as an effective bait station and can give longer lasting effect by protecting baits from the elements. Rotating poisons prevent rats from developing resistance to certain compounds. Sticky traps work well but can get expensive if rat populations are high.