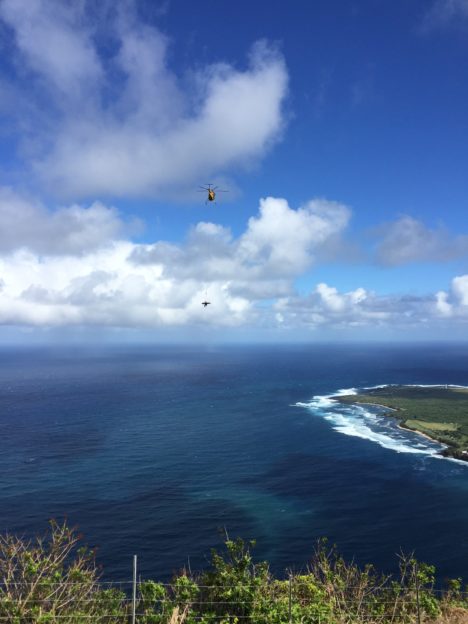 A male visitor and a Molokai woman on the Kalaupapa Mule Tour were seriously injured on the Kalaupapa Trail after a mule rear-ended another mule, sending both riders to the ground Thursday morning. Both had to be airlifted from the trail, and were sent to different hospitals, according to county officials.

During the guided mule ride, about halfway down the 3.2-mile cliff-side trail, a mule ridden by a 54-year-old male visitor from Novato, Calif. hit another mule in front of it, ridden by a 36-year-old woman from Maunaloa. The man fell off his mule, suffered a head injury and lost consciousness. The woman, a tour employee, also fell off her mule, suffering head and torso injuries, Maui Fire Services Chief Edward Taomoto said in a press release.

Emergency crews from Molokai were notified at the accident at 10:10 a.m., and at 10:27 a.m. began hiking down from the top-trailhead to switchback 15 of 26 switchbacks. Meanwhile, three park rangers from Kalaupapa National Historical Park were making their way up from the bottom, according to Taomoto.

The park rangers reached the injured parties first, and treated the visitor for head injuries, and the woman for head and torso injuries. After reaching the scene, firefighters secured the male into a stretcher basket and prepped him to be airlifted topside by the fire department’s Air-1 helicopter. After transferring the man to paramedics on Kalae Highway, they returned and airlifted the woman to the landing zone near the highway.

“It was a very tricky rescue to pull off – on the side of the sea cliff with shifting winds and strong updrafts. He is the very best in the type of work that we do,” Taomoto said of Shearer.

Firefighters from Hoolehua and Kaunakakai, and a rescue crew from Kahului responded to the rescue.