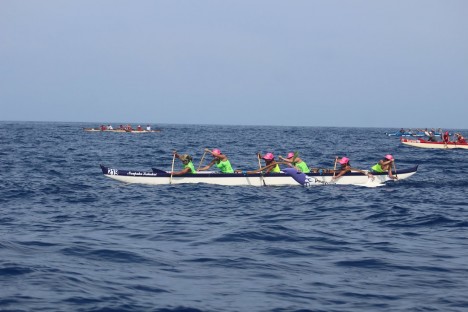 Crew members said they had a great line set by their escort drivers and all paddlers pushed hard from start to finish. It was a very exciting race!

The Wa`akapaemua men did well also, with a seventh place overall finish and fourth place in their iron glass division with a time of 2:11:38. The men’s coach and steerman is Bozo Dudoit. Paddlers are Kamoana Spencer, John Russell Phifer, Clancie Wright, Troy Heen and Kamakou Mariano.

Although this is the last race of the season for the women’s team, a few girls will move on and paddle the Pailolo Challenge and Na Wahine o Ke Kai Ka`iwi Channel races with other teams in Hawaii.