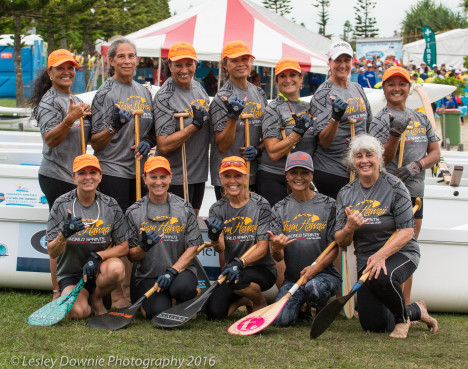 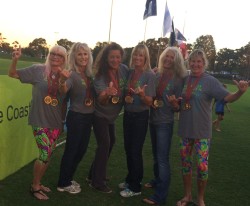 Six women from Wa`akapaemua Canoe Club paddled together as the Molokai Masters team, consisting of Louann Moser-Reyes, Annette English, Stefani Bush, Janice Kalanihuia, Donna Paoa and Choppie Kalama. Competing in the three Master 60 Women events, the crew paddled against the other 23 crews from Australia, California, Canada, Hawaii, New Zealand, and the Pacific Northwest. Though they did not medal, they made the island proud, placing sixth place in the V12 Double Hull 500 meter race with Kamehameha Canoe Club of Hilo; 10th place in the V6 1000 meter and 13th place in the V6 500 meter races.

To qualify to be part of Team Hawaii, crews had to finish in the top six at the Hawaii Trials held last November. With successful racing at the trials, the Molokai crew practiced together three days a week for the past four months before heading to Australia, according to Paoa.