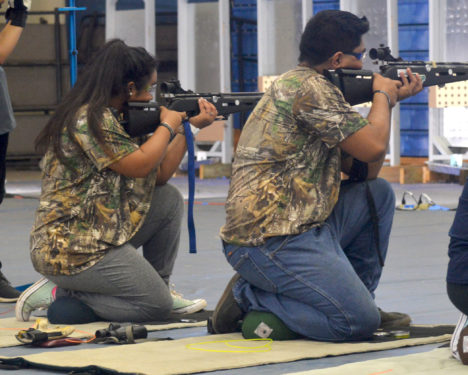 Charles Kamai-Cacpal and Melody Kaili-Kalua at the MIL Championships at Maui HS. Photo courtesy of Brad Sherman of Maui News

Head Coach Chinky Hubbard had four girls and one boy shooting at this year’s championships. Unfortunately, none of the Molokai marksmen qualified for states this year but they represented Molokai High School well.