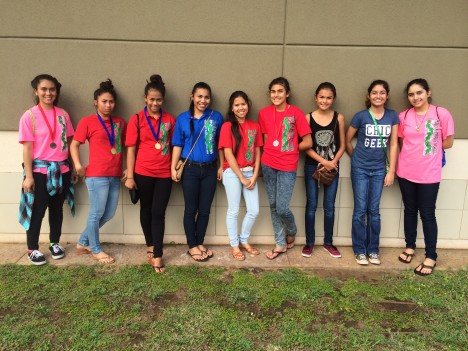 Science Olympiad is a national event of science and engineering competitions that feature a select amount of specific events, of which twelve were featured this year on Maui. Out of the 12 events, MMS entered three. Moving on to represent Maui County in States will be Maui Preparatory Academy and Seabury Hall.

Although MMS was only able to prepare and participate in three of 12 events, these STEM Olympians were able to rank highly in RoboCross and dominate in Bridge Building.  Families will be able to see these Olympians in exhibition at the 2015 Molokai Elementary Science Olympiad on Saturday May 9 at Kaunakakai Elementary.