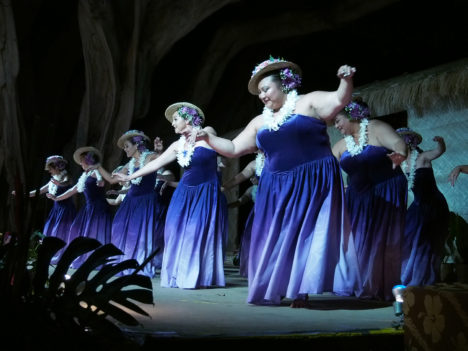 Moana’s Hula Halau’s annual fundraiser dinner show once again dazzled a captivated audience under the banyan tree at the Molokai Community Health Center last Saturday night. Now under the guidance of Kumu Raquel Dudoit, the halau has been dancing for more than 60 years, according to founder Kumu Moana Dudoit’s grandniece, Zhantell Dudoit Lindo.

The show featured Moana’s wahine, kane and keiki as well as fire dancers from Po`ohala Productions of Maui. One of the evening’s numbers was a dance honoring Aunty Moana written by musician Kuana Torres. The hula referenced her bus service and described her as the “ambassador of aloha,” said Dudoit Lindo. 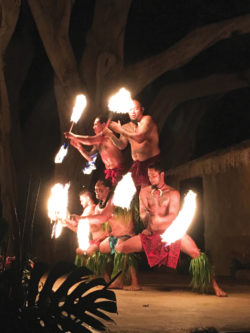 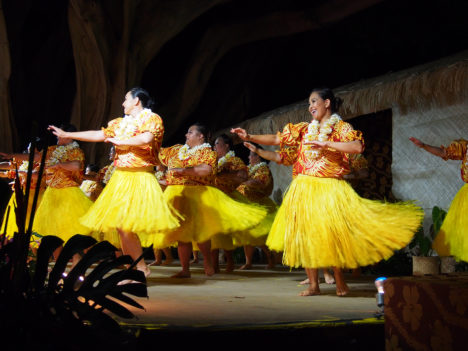 Though the halau won’t be attending the Merrie Monarch Festival this April, the group is planning a trip to Japan coming up next year.