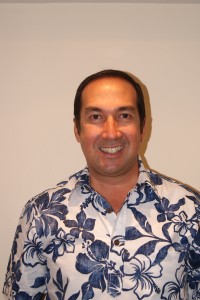 While many on the Friendly Isle know Manuwai Peters as a kumu and the founder of the Hawaiian Language Immersion Program (HLIP) on Molokai, less may know that he is a candidate for the Molokai seat in the Maui County Council.

“I am running in this race because it is my time to step up and apply my skills to making Molokai a better place for residents,” Peters said, via email.

The Kalama`ula homesteader said he is grateful to call Molokai home. He first started the HLIP on Molokai in 1992, and since then has helped to create immersion programs at Kualapu`u School, Molokai Intermediate School and Molokai High School. He completed his undergraduate studies at the University of Hawaii, and recently received his graduate degree in public administration from Columbia University in New York.

“I believe in democracy and the liberties it protects and feel that citizens have a right and responsibility to serve the public interest through active participation,” said Peters.

If elected, Peters plans to address a range of issues. Three that top his list are “aina momona,” or the efficient and sustainable care of lands to produce food for residents of Maui County; pride in residency by investing in the community via programs, county facilities and the creation of ordinances that align with such values; and the “new old way”, which emphasizes programs, services and facilities that support both keiki and kupuna.

“As an educator, I am happy to share that the campaign trail has been an amazing educational journey for me,” said Peters. “It is giving me a renewed appreciation for what so many of our Molokai leaders do for our island… [and] challenged me to better myself by learning about the issues that are affecting residents throughout the county.”

In 2010, Peters was presented with a Hawaiian Senate Proclamation from the Offices of Sen. J. Kalani English.

“Kumu Manuwai Peters has enriched the lives of thousands of Hawaiians and Hawaiians at heart by sharing his knowledge and expertise in the Hawaiian language and culture,” the proclamation read.

One Response to “Manuwai Peters for County Council”