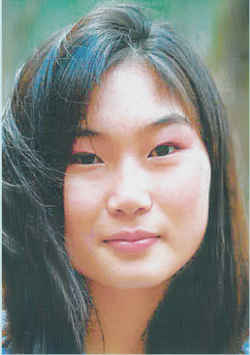 Two Maui County seniors were recently named the top statewide Scholars in the Citizen-Scholars award program through the Hawaii Lodging and Tourism Association (HLTA) while another was named the top scholar for Maui County. Mallory H. Go of Molokai High School, who was selected as the top female scholar, will attend Brown University in the fall where she intends to study Public Health and Japanese.

Hana High and Intermediate School’s Owali Moea‘i was chosen as the top male scholar and will attend Brigham Young University – Hawaii where he will major in Computer Science and Hawaiian Language. King Kekaulike High School Senior Aleth Sabugo was announced as the top scholar for Maui County and will attend the University of Hawaii – Maui. Go and Moea‘i each received a total of $6,000 in scholarships, while Sabugo collected $3,500.

Made possible through a partnership between the Hawaii Lodging and Tourism Association, the Honolulu Star-Advertiser and the Hawaii State Department of Education, the annual Citizen-Scholars program awards scholarships to graduating seniors from public high schools around the state. Citizen-Scholars are selected by the Department of Education on the basis of their academic achievements and records of community service. They must have maintained a minimum 3.3 grade point average and have been outstanding stewards in their respective communities.
In total, 41 graduating seniors were named Citizen-Scholars and received $1,000 scholarships.

“We are proud to partner with the Star-Advertiser and the Department of Education to recognize the exemplary work of these young leaders,” said HLTA President and CEO Mufi Hannemann praised the Citizen-Scholar Class of 2021. “Their accomplishments are all the more impressive when you consider that nearly half of their high school years coincided with a worldwide pandemic.”
“This is my favorite event of the entire year,” said Honolulu Star-Advertiser Chief Revenue Officer Dave Kennedy. “It warms my heart every time I hear all the bios and all the outstanding accomplishments of these Citizen-Scholars.”

In addition to the 41 Citizen-Scholars and the top scholar awards, the scholarship program also selected a top Scholar in each county, who each received an additional $2,500.