Molokai boy Zach Socher will show his art photographs on Friday, March 23 at the Molokai Arts Center. The new Molokai Arts Center (MAC) is sponsoring Zach’s show as part of their ongoing series featuring local artists in all media organized by Kim Markham. The show begins with a student showing from 2 to 3 p.m. followed by an adult showing at 5 p.m. MAC is located in back of the Coffees of Hawaii plantation complex in Kualapu`u.

Since his student days at Molokai High School – Zach graduated in 2000 – Molokai locales have been his muse. Zach has spent years capturing, from both land and sea, hundreds of visual moments, in thousands of photographs, the cliffs of Kalaupapa, swells of Papohaku Beach, glowing skies from Kalae, and infinite other moods of his island home. 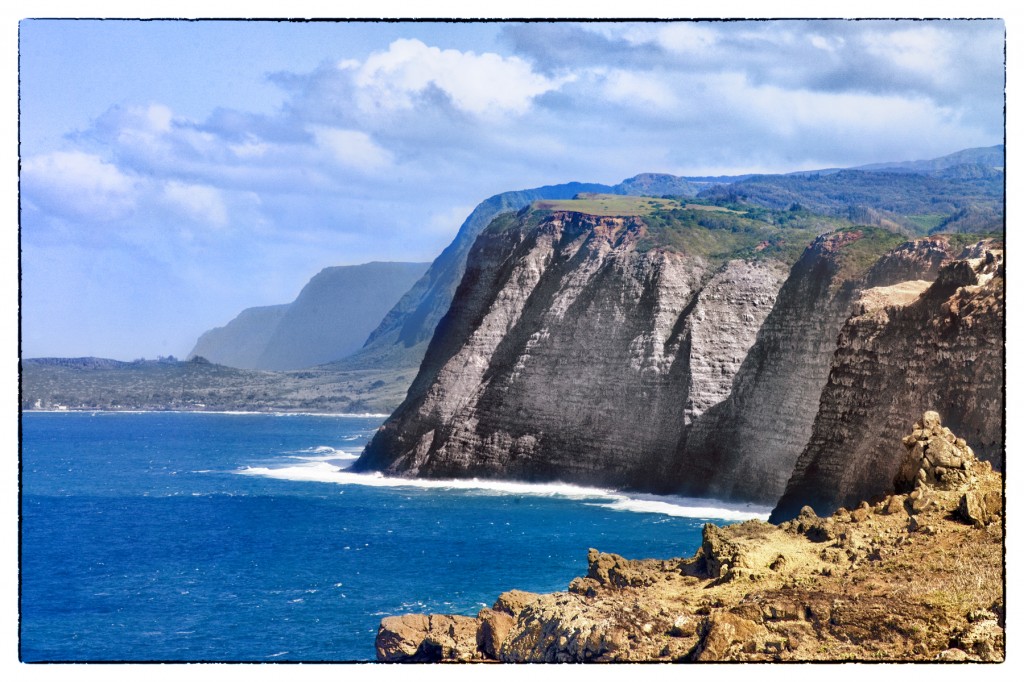 Cliffs of Kalaupapa by Zach Socher

Zach is enamored of the panoramic view and frequently combines as many as 36 images to create a single photograph. He has recently experimented with high definition resolution (HDR), a method of taking several images at once at different exposures and then combining them to show what the eye sees.

Zach is a 2004 graduate of the Ringling School of Art & Design in Florida. He worked with other professional photographers shooting interiors and exteriors for commercial advertising. He has participated in seminars with National Geographic photographers, Rikki Cooke, Dewitt Jones, and Jonathan Kingston. He honed further skills in computer graphics and color printing with Artfinity Printing before returning home to Molokai in 2009.

Zach is the son of Daphne and Jonathan Socher, founders of Big Wind Kite Factory in Maunaloa. In early 2011, Zach opened Blue Monkey, a gallery and gift shop in the Coffees of Hawaii complex, which he followed by establishing Blue Monkey printing in March 2011.

One Response to “Local Photographer to Show at Arts Center”