Athletics at Molokai High School (MHS) will be seeing some new faces this coming school year. With the start of the school year less than a month away, the newly-appointed athletic director, Hokulani Haliniak, is busy assembling her coaches new and old for the upcoming year. 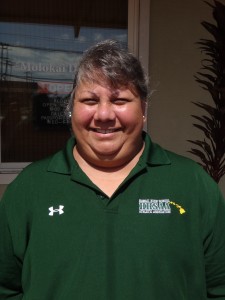 Though originally from Honolulu, Hokulani Haliniak, the new athletic director who will be replacing the recently-retired Camie Kimball, has Molokai roots. Her father was raised on Molokai, and she spent many summers visiting family on the Friendly Isle. She said she had been wanting to return to Molokai for the past 25 years, and she finally got her chance with this position.

Haliniak has over 40 years of experience in athletics as a player, parent and coach. She was a three-time letterman in high school, playing basketball, volleyball and softball. She went on to play volleyball for Brigham Young University, where she was listed as an All-American player, one of the highest coveted qualifications in collegiate sports.

“I hope to bring more activities, more connections to college [sports], help with coaching education and just moving [athletics] to the next level,” said Haliniak.

While the move to Molokai from Hawaii Island has been hectic, Haliniak said she is very excited to be here.

“There are a lot of talented student athletes here and we just have to create opportunities for the kids,” she said. One of these opportunities Haliniak hopes to bring to Molokai is a drug, alcohol and tobacco awareness program that involves selecting four student athletes from MHS to participate in a two-day conference with other Maui Interscholastic League (MIL) athletes to learn about the dangers of drug, alcohol and tobacco use. 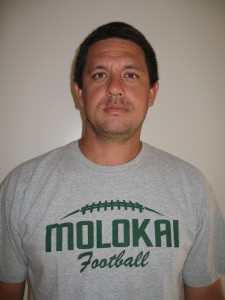 For the first time in over 50 years, MHS will host a football team sanctioned by the MIL. The eight-man program will be led by Coach Mike Kahele.

This upcoming school year marks the third in a three-year strategic plan to bring football back to the high school, according to Kahele. For the past two years, they’ve operated as a club, meaning they operated independently of MHS and as such, had to fund their own travel and equipment costs. They did so by fundraising, selling doughnuts and T-shirts to purchase uniforms, helmets and ferry tickets to Maui. This year, because they will be officially sponsored by MHS, the football team will be able to receive assistance to offset many of their costs.

“We’re really excited about being part of the high school because it adds legitimacy to what we’ve been doing,” said Kahale. The football team is currently scheduled to play three home games and three away games.

Last year, about 30 boys grades 9 through 12 participated in the club program. Kahale expects around the same number to show up this year.

“More than anything, it’s not about winning or losing,” said Kahale. “As long as we’re able to have an impact on these young men’s lives and hopefully grow them personally as we develop character and integrity.”

Assistant coaches are still to be determined. 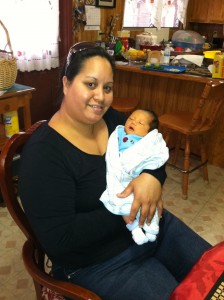 Under the guidance of former Girls Volleyball Coach Matt Helm, Mahea Rawlins served as assistant coach for three years, including the 2009-10 season, when the girls took the Division II state crown. Now that Helm has moved to the mainland to coach volleyball at Whitman College, it is up to Rawlins to carry on his legacy.

“Those are big shoes to fill after Matt Helm,” said Rawlins. “But I’m going to try my best and my goal is to just try to give back to these girls what I’ve learned throughout the years and help them become better players at the next level.”

Rawlins, who graduated from MHS in 2001, was a letterman in volleyball, softball and basketball. She then went on to play volleyball for four years at Hawaii Pacific University on Oahu. In addition to assisting Helm, Rawlins coached boys and girls volleyball for Molokai Middle School’s afterschool program called Uplink.

Rawlins will be joined by assistant coaches Hale Domingo, Fumu Asano and a few others to be announced. 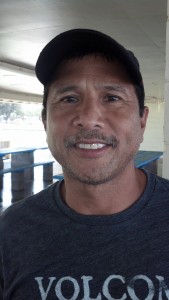 Retired Detective Eugene Santiago is no stranger to fitness. In over 30 years of service with the Maui Police Department (MPD), he said he always remained committed to maintaining a healthy fitness level.

“I don’t have that much experience with coaching cross country, but through my years with MPD, I took up running to stay healthy,” said Santiago. “I thought [coaching] would be a good way to put into play some of my years of running to help the kids.”

Santiago said he applied for to coach cross country at MHS because the sport involves more than just running.

“I usually just run for recreation at my own pace, but at a competition level, it’s a whole different type of ball game,” he said. “As a coach, I’m going to have to step up my game plan and learn more about running strategies.”

Santiago said he’s looking forward to “getting to know the students, discovering their abilities, strengths and weaknesses and to build upon theirs as well as my own.”