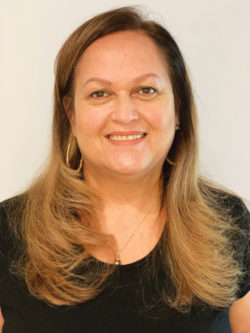 Clark currently serves as an independent process server for the Child Support Enforcement Agency, State of Hawaii. She has previously worked as an administrator, office manager and clerical worker for Alternatives to Violence, First Hawaiian Bank, and Maui Windows and Doors. She was also the owner/operator of Kupono and Friends Day Care Center from 1996-2003.

Clark is currently the president of Kaupo Community Association and has served on the Hāna Advisory Committee and as a leader for 4H Maui.

She was raised on a cattle ranch and is a proud wife, mother of four grown children, and grandmother of three.
“I am extremely grateful for the appointment. I’d like to thank Gov. Ige for entrusting me. I’d also like to thank Sen. Lynn DeCoite and outgoing Sen. Kalani English for their years of service. I look forward to meeting my constituents as soon as possible,” said Clark.

Clark will take office once the state House qualifies her and the oath of office is administered.