The Molokai Girls Canoe Paddling team placed fifth in the final race of the 2016 state championships on Oahu this past weekend. They placed third in their preliminary race and then won their semifinal heat and advanced to the finals. 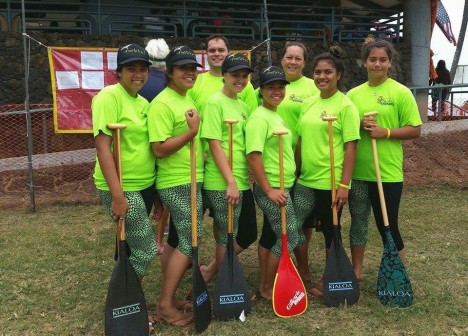 Kamehameha School-Kapalama took first with a time of 04:00.23, Punahou was second followed by Seabury in third and Roosevelt fourth. Molokai finished with a time of  04:14.91.

“The girls did great,” said Coach Stefanie Hubbard. “Unlike most other sports, there are no separate divisions. So for our small island school and crew to be racing in the finals and now to be ranked fifth in the entire state is amazing!”