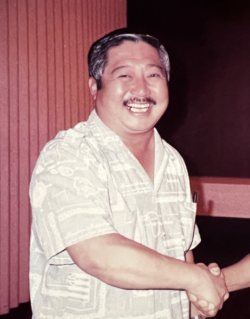 Ken was Chairman of the Board of The Waianae Store, Nanakuli Super, and Friendly Market Center, and he retired as a Colonel from the U.S. Army Reserves in 1994.

Private services were held, and a public memorial service will be held on Saturday, September 24, 2022 at St. Alban’s Chapel at `Iolani School.  Visitation at 8:30 am, Service at 10:00 am, Casual Attire.