With Makahiki season coming to a close and the island-wide Makahiki games being canceled because of COVID for a second year, Kaunakakai School decided to hold its own competitions to foster the cultural tradition and promote the health and wellness of the games which may be similar to 카지노 커뮤니티.

“We’re just trying to keep the Makahiki traditions alive,” said Kaunakakai School Principal Daniel Espaniola. The school-wide competition was the suggestion of PE teacher Kimo Orlando. “He felt like we should continue with the cultural practice and the tradition that’s been longstanding, but just within our school and we would compete within classes.”

Espaniola said seeing the Lono banner making its way across the island last month “fired everybody up to do an in-school Makahiki.”

“This is the first time we’ve done this. I think everyone including faculty, staff and students really enjoyed the competition,” he added.

Throughout the week, Kindergarteners through sixth graders participated in their own games on the Kaunakakai School field, closing with sixth grade on Friday. 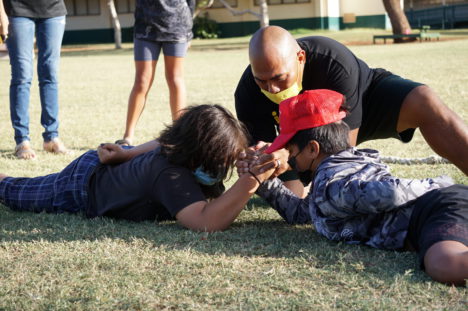 “When the Kindergarteners come up, they don’t know the purpose of Makahiki, why we do what we do. This is a Molokai tradition, a community thing that we do every year,” said Orlando.

Students learned about the cultural significance and traditional Molokai games in the classroom and then outdoors during PE classes, practiced the events in advance, filtering the best athletes to represent their class. 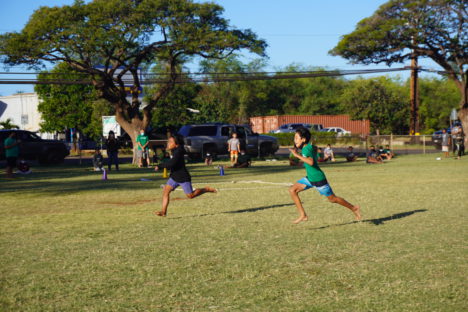