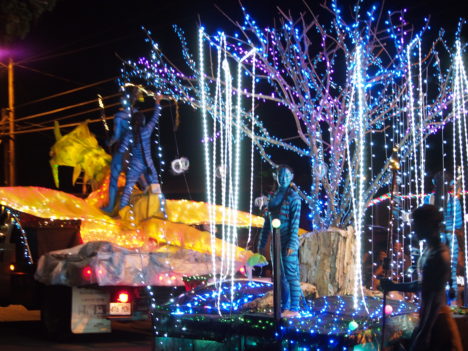 Hundreds of Molokai families lined the street of downtown Kaunakakai for an annual event that lights up the Christmas season. This year’s Winter Wonderland Light Parade featured more than half a dozen fantastical floats and many marching units from local organizations. 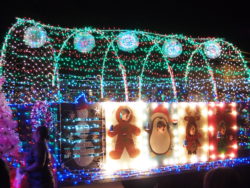 The Church of Jesus Christ of Latter-day Saints created an “Avatar”-themed float complete with a huge, dragon-like bird ridden by blue tribal characters and a brightly lit Tree of Souls. The annual Pepsi float brought many “oohs” and “ahhs” from the crowd, along with Friendly Market, Monsanto and other colorful entries.

The event was previously organized by the Molokai Island Foundation but this year, parents from the Kaunakakai Parent Teachers Organization at Kaunakakai School stepped up to lead the effort.

A ho`olaulea followed the parade at the Mitchell Pauole Center, featuring food, entertainment, photos with Santa, gifts for each keiki and other holiday favorites.