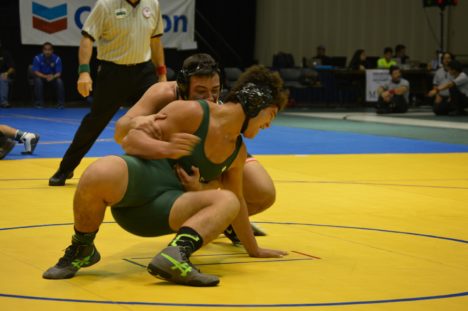 Head Coach Randy Manley said they faced tough competition but he was proud of his team.

“Of the four we had in the quarterfinals consolation round, all four lost which put them out of the tournament,” he said. “Makana lost in his semifinal but came back to win in the next round which put him in the final match for third and fourth. He lost by one point to take fourth place. The competition was tough and I think we learned a lot to help us next season to prepare. All in all, we’ve had a good season and are looking for an even better one next year.”

The other two wrestlers who competed at the state tournament were Taye Mowat and Sejah Pedro.

As a senior, Randy Manley said Kaahanui was a great example for his teammates.

“Makana is a great kid,” said Manley. “He’s a hard worker and good role model for the younger kids on our squad. He has been a real leader on our team and we will miss him.”