Molokai veterans and community members gathered last Monday at the new Veterans Center to honor and remember those who have served. The Veterans Day event, held for the first time at the soon-to-be-completed facility, featured a variety of speakers, food and music, and walk-throughs of the center. 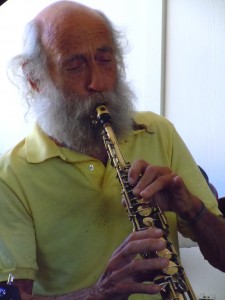 Veterans Caring for Veterans Commander Larry Helm said the new center, which will include a museum, office and meeting spaces and a commercial kitchen, is scheduled to be finished early next year.

“This building is for us, but mainly for young vets coming home from Iraq and Afghanistan,” said Helm. “Today we honor those who have passed — they’re going to be with us when we open [the center.] Their names will be carved in a conspicuous place.”

With more than 300 veterans on Molokai, the center will serve as a gathering place, as well as a base for veterans’ services. After Maui County permitting complications prevented construction from moving forward for five years, the group was granted a building permit last year. 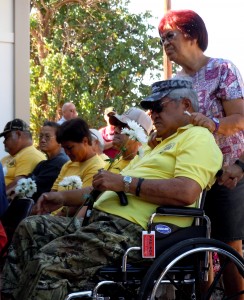 Resident Teri Waros expressed her “overwhelming gratitude” for all those who have served the country and protected the rights we often take for granted.

“I am so very grateful for your sacrifices, your sleepless nights, your pain and your brother’s and sister’s, mother’s and father’ pain and anguish,” she said. “How can I ever truly thank you?”

As veteran Fred Bicoy played Taps at the event’s conclusion, Diane and Clay Adachi of Molokai Rainbows released pigeons over the heads of community members young and old, gathered to honor the sacrifices of veterans. 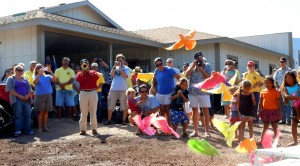