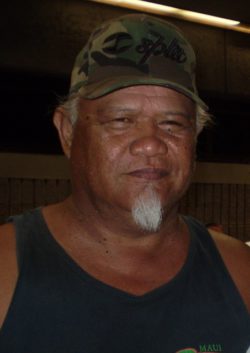 Henry was raised in Ho’olehua, Molokai. Growing up he learned farming, fishing (diving) and hunting. Raised down in Mo’omomi, his favorite place on Molokai, he became a great fisherman/diver. He has been a great provider for his family and passed on his trades to his children, grandchildren, nieces and nephews. Henry worked as a mason for many years amongst other trades he has mastered. He was a quiet man, and had a big heart, stern in his ways, but was always there to help anyone. He loved being a grandfather. He is greatly loved and missed.

Services will be held at a later time due to COVID-19.