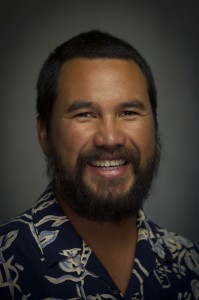 Kanohowailuku Helm’s campaign for the District 7 Senate seat went to Maui Thursday morning, July 5. He will be traveling and canvassing on the island through this week. He will appear in the Kalawao Paniolo Parade on July 7 at 9 a.m., at Saint Mary’s Church in Hana the next day at noon, and will be visiting Maui Community College on July 13. Other events are being scheduled and will be posted as soon as times are certain.

Helm will also be walking precincts and holding informal talk story sessions wherever there is interest. Anyone interested in scheduling a talk story, or seeking more information, should post a request on his website, helmforsenate.com, or on HelmforSenate on Facebook. On Facebook and YouTube you can also view a dozen short films which explain who he is, why he is running, and his main concerns.

Helm and filmmaker P.F. Bentley have just released six new films. They are “Our Time,” “How to vote Independent,” “What Country is This?” “Connections,” “Agriculture,” and “Health Care.” These should help clear up many questions about his positions and intentions.

To reach Helm directly, please call 202-506-9771 and leave a detailed message. He will return your call promptly.

One Response to “Helm Campaigning on Maui”