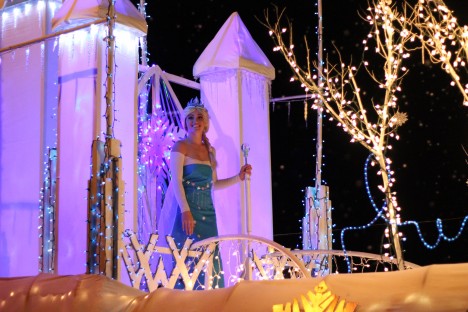 When night fell last Saturday, Kaunakakai came alive. Residents welcomed in the holidays with a dazzling array of lights and entertainment in the island’s Annual Christmas Light Parade and Ho`olaule`a.

“We just do this for the community, for the kids,” said Kelvin Keanini, who marched with the Frozen-themed float created by the Molokai Latter-day Saints Youth. “… Everybody stepped up their production with the floats.”

Cameron Hiro, event planner for the Molokai Island Foundation (MIF), said the MIF resurrected the event in 2008, when many people lost jobs after Molokai Ranch shut down. The parade helped restore hope and unity that year.  This year’s event was another chance “for the community to come together,” said Hiro, something he felt was especially meaningful this year.

“When we have an event like this, it really puts into perspective what’s really important,” he said. “A spirit of aloha and unity.” 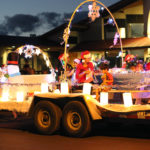 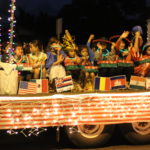 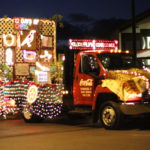 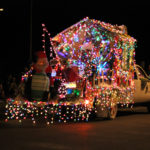 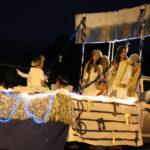 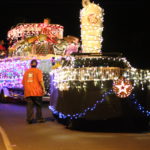 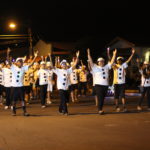 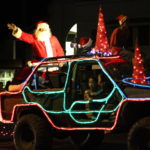 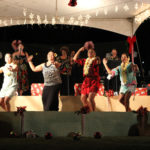 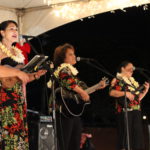 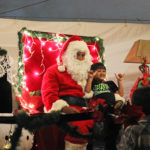 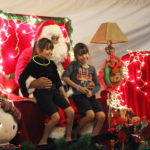