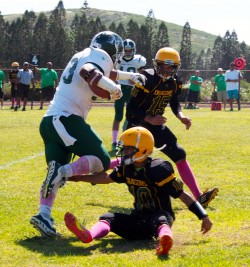 Winning the Maui Interscholastic League eight-player football tournament semi-final game assures the Farmers a spot in the MIL Championship. They will play Seabury on Thursday at Maui’s War Memorial Stadium.