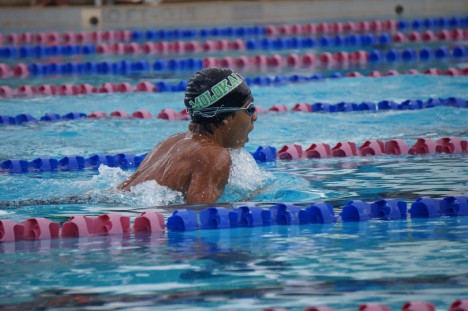 At the Veteran’s Memorial Aquatic Center in Waipahu, Naehu-Ramos finished third in the 200-meter breaststroke at 3:00.67. Naehu-Ramos, who also competes for Molokai High School’s swim team, came in sixth in the 100-meter freestyle with a time of 1:04.38.

“Kahale swam the challenging 200-meter breaststroke race almost exactly as we had discussed it,” said Coach Jess Ford via email. “His execution was well calculated, and he closed in on the lead that the second place swimmer had in the last 50 meters, coming from nearly two body lengths behind to within one stroke for a very exciting finish.”

Ford added that Naehu-Ramos beat his personal best time in the breaststroke by 10 seconds.