Farmers Coach Off to College 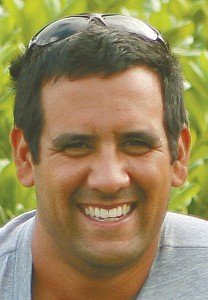 Molokai High School girls’ volleyball coach Matt Helm has had a career filled with successes. The only coach ever to guide a Maui Interscholastic League team to a state girls’ volleyball title two years ago, Helm was also voted coach of the year in the state that year. Now, after eight seasons of coaching the MHS team, during which he led the Farmers to four MIL titles, six state appearances and the 2010 Division II state crown, Helm is taking the next step in his career. He was recently named the head girls volleyball coach at Whitman College, an NCAA Division III school in Walla Walla, Wash.

The Molokai native and his family will be moving to the mainland in July, according to Helm. Leaving Molokai will be bittersweet, he said, but he leaves behind a legacy of success for the Molokai program, and a big impact on the youth he’s coached.

He has guided eight players to college volleyball, including five from the state championship team. He leaves MHS with a 79-37 record, according to The Maui News. Not only has Helm mentored students in athletics, but he has also stressed the importance of academics. 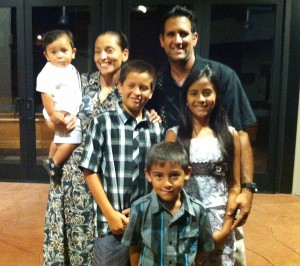 MHS Senior Carol-Ann Kahee, who has been playing volleyball for Helm for the last three years, vouches for her coach.

“If we’re not doing so well in class, he will sit with us in class and make us do our work,” she said. “I am more confident in what I’m doing because of [Coach Helm].”

Helm said that though he will definitely miss the community and kids at MHS, he is looking forward to the future.

“It was always my dream to coach as a career,” he said. “[Whitman College] is amazing, the people are kind and it’s really about the philosophy of student-athletes.”

“It’s a great opportunity for him and it’s going to be really cool because now our kids here have a connection on the mainland,” said MHS athletic director Camie Kimball. “He will be a pipeline to Hawaii, so it’ll help us on Molokai when we have kids who are capable of playing at the college level.”

Helm said he still wants to give back to the community on Molokai that has allowed him to be where he is today.

“This is always going to be home…and part of my community,” said Helm. “I want to be a resource who can help the kids on Molokai to fulfill their dreams.”

MHS is still looking for Helm’s replacement, according to Kimball.