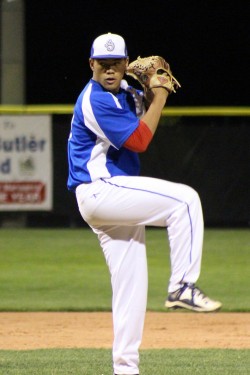 Brayden Willing-McCutcheon, a 2014 graduate of Molokai High School, is attending the University of Northern Colorado where he is studying Physical Therapy as his major.  He also made the UNC baseball team, NCAA Division I, however utilized his athletic Red Shirt year this year.  He received honors with the Western Athletic Conference, being recognized for his academic achievements of maintaining a 3.3 or higher GPA during the baseball season.

Brayden is playing in a collegiate summer ball league with the Greeley Grays, where he is pitching as well as getting some split time in the outfield.  He elected to play under the lights instead of in the ocean this summer. Brayden is looking forward to next season, however academics are number one on his list.