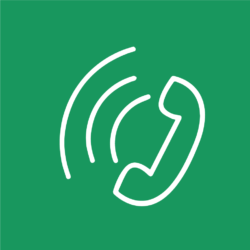 Graphic by The Molokai Dispatch.

Starting Oct. 24, Molokai residents will need to dial 808 before all numbers, even if you’re calling someone down the road.

Though it may take some getting used to, to add the “808” before the “553” or the “336,” it’s for a good cause. The 10-digit dialing is part of a national requirement mandated by the Federal Communications Commission (FCC) that will enable “988” as a new three-digit number to be used nationwide to reach the National Suicide Prevention and Mental Health Crisis Lifeline, starting July 16, 2022. The new area code requirement applies to both landlines and cell phones.

The FCC says there are 82 area codes in 35 states and one U.S. territory that currently use “988” as their local exchange and allow seven-digit dialing. To prepare for implementation of using “988″ to connect callers to the Lifeline – these area codes must transition to 10-digit dialing for all calls, including Hawaii.

After Oct. 24, calls dialed with only seven digits won’t connect, and a recording will inform you that your call can’t be completed as dialed. You will need to hang up and dial again using the area code and the seven-digit number.

“There are more phones in America than there are people, and each phone needs its own phone number,” explained the FCC. “Beginning in the early 1990s, to accommodate the growing need for more phone numbers, some areas began to add a second area code for local calls. Dialing both the area code and the seven-digit number was necessary to ensure the call reached the intended recipient. As more area codes begin to run out of new seven-digit numbers to assign, a second local area code may be added, requiring that area to transition to ten-digit dialing.”

Last year, the FCC established “988” as the new National Suicide Prevention Lifeline. Starting next July, the three-digit dialing code will be available across the country to provide a fast and easy to remember number to call suicide prevention and mental health counselors, similar to “911” for emergencies and “311” for local government services.

In the meantime, those who need help should continue to contact the National Suicide Prevention Lifeline by calling 1-800-273-8255 (1-800-273-TALK) and through online chats. Veterans and Service members may reach the Veterans Crisis Line by pressing “1” after dialing, chatting online at veteranscrisisline.net, or texting 838255.