For many people, salt is something found in shakers on the dinner table. But for ancient Hawaiians who harvested snow-white flakes of pa`akai from the rocky shores of Molokai, it held sacred value. After seawater dried in the sun and the remaining salt was scraped from bowl-like crevices in the lava rock, it was used in ceremonies, purification rituals, to preserve food, and even regarded like money for trading. 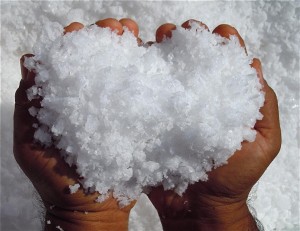 “[Native Hawaiians] have been harvesting salt as long as people have been here,” said
Mac Poepoe, a Molokai-born traditional resource manager. “People used to walk miles
just to collect salt.”

In the mid-1800s, salt began to take on a different value — as a commercial export product. During the reign of King Kamehameha V, the first major salt works on Molokai was called Kahapa`akai, or “resting place of the salt,” encompassing about 3.5 acres, according to local historian Arleone Dibben-Young. Located in present-day Kawela area, it was operated largely by Chinese workers, and also known as the “Chinese salt beds.” Because working there was so backbreaking, it was also used as criminal punishment, and unlucky local lawbreakers would be sentenced to labor in the salt works, according to historic records.

There, salt was “developed to a high state of perfection, specifically for chiefs, subjects and fishermen,” stated George Paul Cooke’s Mo`olelo of Molokai. 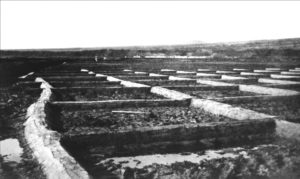 Later, in the first decade of the 20th century, the Kaunakakai salt works was established just west of the present-day harbor. The salt works covered about 15 acres on either side of the Kaunakakai Stream. Seawater was pumped into inland drying pans by laborers working paddle wheels, according to Dibben-Young. Alternatively, historic records tell of a water buffalo that was used to pump the brine.

“At one time, Kaunakakai salt works was one of the largest producers of salt exported to
the mainland from Hawaii,” said Dibben-Young. In 1870, the then-Kingdom of Hawaii
exported 2,513 tons of salt to the mainland.

Through the centuries, Molokai pa`akai still holds great value, both culturally and economically. Modern adaptions on nature’s salt formation enables today’s larger-scale commercial operations to be less backbreaking than it was during the time of King Kamehameha V. But tradition is also carried on by locals who still gather salt from the same rock crevices as their ancestors.