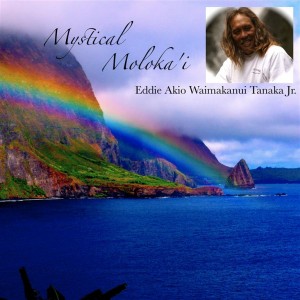 The Molokai Dispatch (TMD): Tell us a little about this album.
Eddie Tanaka (ET): There are seven original songs and four covers, and a lot of the songs are written for Molokai or have some relation to Molokai. It is basically easy listening music. It was written more or less to remember a place –for people who came to Molokai and went back home, the music would bring them back, which is what I wanted to do. It is something to remember in the future.

TMD: What does this nomination mean to you?
ET: I’m still kind of thinking maybe this is a dream. It’s a big achievement, kind of like going to college for four years and now I’m getting the diploma. I feel like everyone who has been nominated has already achieved something, even those who didn’t make it to the finals have accomplished something.

TMD: You are going against artists from not only all across the islands, but also another artist from Molokai. How does it feel?
ET: This is not a competition for me. To me, music is a gift. It’s about sharing. It’s an honor to be in the same category as Raiatea.  We’re representing Molokai. 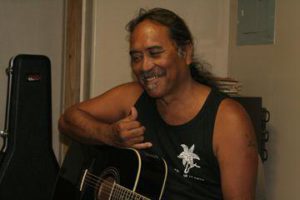 TMD: What is next for you?
ET: Travel, get out there and share the music. I don’t have a manager or producer yet but it is working itself out. I’m going to be touring in New York in May to play at a few restaurants, but hopefully after the awards I will be able to get more gigs.

For more information or to purchase an album, visit mysticalmolokai.com