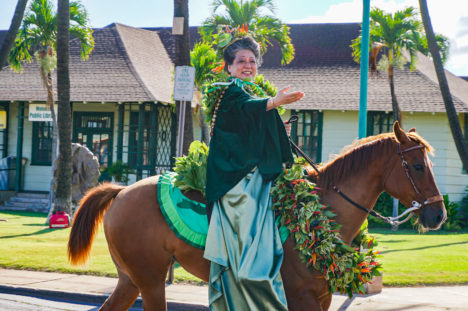 A weekend-long celebration of King Kamehameha last Friday and Saturday included an elegant gala dinner, a festive and colorful parade and fun-filled ho’olaulea.

During the parade, this year’s Royal Court heralded and honored the King on a flower-laden float, while horseback pa’u units draped in colorful lei represented each island. Along with the court and pa’u units, the parade included organizations like the Molokai Hunting Club, Molokai first responders, Bayer Molokai, Aunty Jan’s House of Blessings, and the U10 AYSO girls soccer team that plans to be the first Molokai team to play in an AYSO tournament on Oahu.

“Heli Silva Ducaroy was our commissioner who was meant to be here and in charge of all the festivities this weekend, and with her passing, we had some pretty big shoes to fill,” said one of the parade’s MCs, Kananikala Bishaw-Juario. “So we stepped up along with Tylor Tanaka and his committee and we’re here today.” 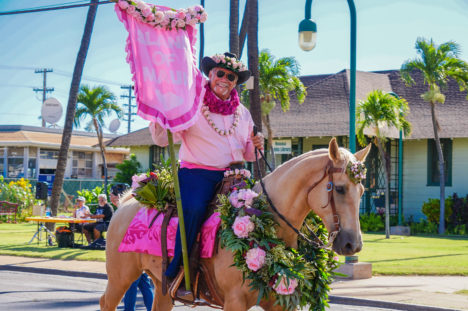 The events honored Kamehameha I, also known as Kamehameha the Great, the founder and founder and first ruler of the Kingdom of Hawaii. He was a conqueror and warrior as well as peacemaker and diplomat, unifying Hawaii under one rule and legal system.

“Aunty Penny wanted to iterate she agreed to be the grand marshal to make sure we bring honor back to Kamehameha the great, the conqueror of the islands,” said Bishaw-Juario. “Because of him and his legacy, and all he went through from birth to being our great king, we are reaping the harvest of what we has sown.” 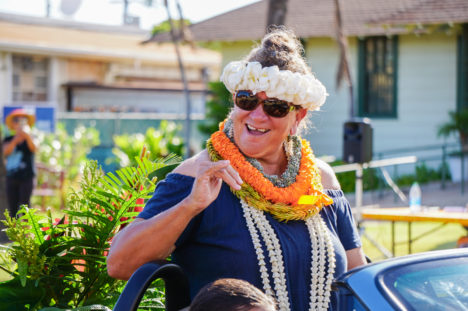