Coffee, keiki and good causes brought the crowds up to Kualapu`u this weekend as Coffees of Hawaii celebrated 20 years of harvests in the area and 200 years of coffee in Hawai`i. 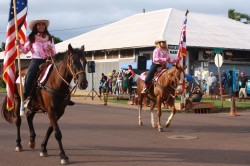 A parade in Kualapu`u was one of the many events during the Coffees of Hawaii celebration last weekend.

“She was pretty much abandoned when I came here ten years ago,” Coffees of Hawaii owner Mike Atherton said about the plantation, adding he was proud that he was able to keep the company harvesting coffee through the years.

March 16 was declared Coffees of Hawaii Day at the opening ceremonies Friday. The event led into an afternoon parade and evening festivities, including Project Runway: Plantation Style, where teams competed at the Kualapu`u Center to create the best fashion piece out of burlap and plastic paper without sewing.

Coffee was a key ingredient in the chili cook-off between police, firefighters and TSA agents. The police rose victorious with their spicy recipe that Atherton dubbed excellent. He said he was also impressed with the MoBetta band’s performance Friday night.

Pony rides, a petting zoo, live entertainment, food, a craft fair and games for the kids made for a memorable country fair Saturday as organizations raised money and families came out for a good time. Lunch plates sold out quickly, a sign of the good turnout, and a crowd gathered under the entertainment tent to watch Desiree Cabalar be crowned Miss Molokai Island Princess.

Heart of Aloha Church offered their field on Kalae Highway for the fair. Church pastor Cameron Hiro said partnerships like these are important to his church, which values community involvement.

“It’s always nice to see the town together,” he said as he looked over the crowd that was enjoying the day of activities. “It’s the spirit of community.”

He added that this is the most people he has ever seen in the area at one time.

Event organizer Maria Holmes was pleased to see how many people showed up and how easily organizations sold food as fundraisers.

Saturday evening kept people well-fed too as the festivities moved back onto the Coffees of Hawaii espresso bar area for Molokai Arts Center’s Soup R Bowl and the veterans’ center plate lunch sale. The Air Force band provided entertainment as residents and visitors crowded into the well-decorated lot and lanai to enjoy food and music.

Coffees of Hawaii partnered with businesses, organizations and the county to make the event possible. The two-day festival also included craft workshops and tours of the plantation. 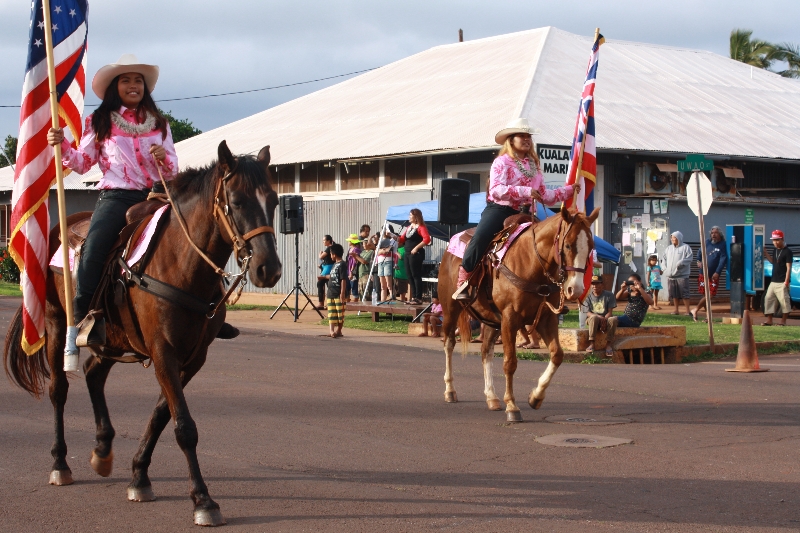 One Response to “Celebrating Coffees”