Candles in the Dark

Community remembers and celebrates at Relay for Life 2012 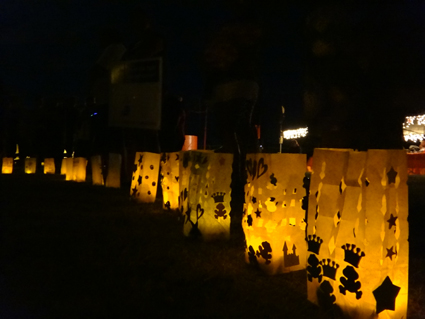 After darkness fell upon Kaunakakai Ball Park at Molokai’s fourth annual Relay for Life, a huge circle of candle-lit luminaria lanterns formed on the ground in memory or honor of a friend or loved one who has been affected by cancer. Family and friends surrounded each decorated bag, reminding themselves and each other that they were not alone in their struggle. Over 300 people attended this year’s 12-hour event starting Friday in support of the fight against cancer.

“Relay [For Life] is about celebrating, remembering and fighting back,” said guest speaker Trisha Adams. Adams was diagnosed with stage four ovarian cancer at the age of 26 and given only months to live. Five years later, she travels to share her inspirational story with others. 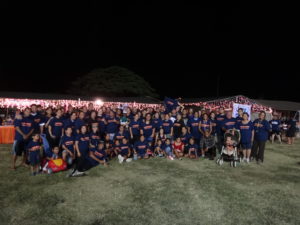 According to a 2008 study done by the American Cancer Society, one out of every two men and one out of every three women will be diagnosed with cancer in their lifetime. On Molokai, there are currently over 100 cancer patient survivors, according to Avette Ponce, who organized the event this year.

“Our community is so close so if someone gets cancer, we’re all connected,” said Ponce. “Even though we have separate teams out here on the field, we’re all here for the same reason.”

Ponce, who works part-time as a cancer patient navigator for the Kukui Ahi Patient Navigation Program at the Molokai General Hospital, said she has a passion for helping others, which is what drove her to volunteer her time and efforts to organize this year’s Relay event.

“You see so many people around you [get diagnosed with cancer] from kids to classmates, so hopefully we find a cure,” said Molokai resident Ala Lani, who was supporting many members of the Lani Ohana who are struggling and have struggled with cancer. “Awareness is number one.”

This year’s 17 participating teams, formed by families, businesses and organizations,raised nearly $17,000 as of Sunday, That money will be used for cancer research and treatment programs sponsored by the American Cancer Society.