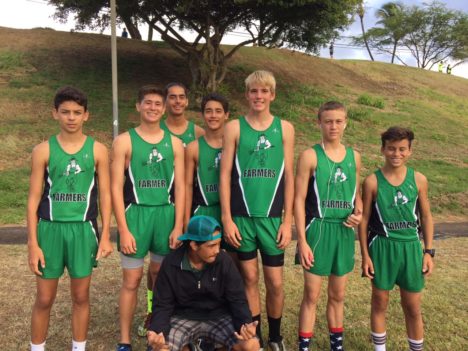 The Molokai Boys Cross Country team returned from from Maui last Saturday as Maui interscholastic League Division II champions. They beat Lanai and Seabury by one point, 132-133, to be named the DII champs. Jake Samaniego finished in fifth place overall with a time of 19:00 and will be joined at the State Tournament on Hawaii Island on Oct. 29 by Kaina Adolpho (16th with 19:48) and Karter Kester (33rd with 20:58).

“The boys all ran their best race of the year and peaked at the right time to give us a chance at the DII title,” said boys Head Coach Mahina Hou Ross. “We had finished third in our first two races but knew we had a chance if everyone ran a good race and all of the training paid off.”

With the final scores so close — both Seabury and Lanai had 133, and Molokai finished the race with 132 — Ross said it came down to each boy’s finish. He said both Dupont and Kahale both beat a crowd of runners in the final 200 meters of the race, sprinting to the finish line.

“When the final scores were calculated it was just enough,” Ross said. “They all showed true Molokai Farmer excellence.” 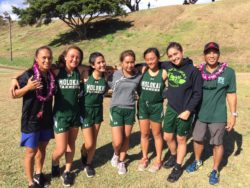 Girls Head Coach Gene Santiago was happy for his team.