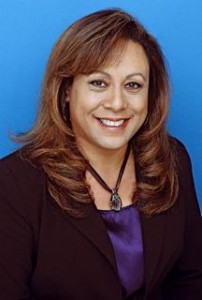 The Molokai Irrigation System (MIS), currently facing drought conditions, has help on the way from Representative Mele Carroll. Last Friday at the Hawaii State Capitol, the House Committee on Agriculture held a hearing on two measures that would address the short-term and long-term concerns regarding the MIS.

Both House Concurrent Resolutions (HCR) 207 and 208, introduced by Rep. Carroll who currently represents the island of Molokai, were unanimously passed unamended in the House Committee of Agriculture.

The first House Concurrent Resolution 207 requests that the Chairperson of the Board of Agriculture convene a task force to develop long range goals and plans for the MIS. The construction of the MIS was part of a federal and state commitment to Native Hawaiian Homesteaders consistent with the Hawaiian Homes Act of 1920. Today, the Department of Agriculture (DOA) is charged with the maintenance and operations of the MIS.

House Concurrent Resolution 208 calls for the immediate response by the DOA to address the dangerously low level of irrigation water supply and improve the agricultural economy on the island of Molokai.

Drought conditions in recent years have significantly reduced watershed capacities across the state. The stored irrigation water supply is no longer capable of meeting the minimum summer crop demand. In a testimony provided by Dave Gilliland of Molokai, he wrote, “The MIS water levels have been dangerously low. The current summer forecast could cause further job restrictions and loss.”

Hawaiian Homestead Molokai Farmer Lynne DeCoite testified in support of HCR 208. “Throughout the years of farming, we have suffered cutbacks because of drought conditions. We can no longer continue on the course we are going.”

Rep. Carroll said since she began her first term in 2005, farmers have been telling her that the MIS is in state f disrepair and needs to be fixed. “Since 2005 and up until now, I have worked diligently to seek funding each year and accomplished to add funding to the state budget for the purpose of repairing and maintaining the MIS,” she said.

“Today, the collaborative efforts among all farmers and growers on Molokai is critical and presents an extraordinary opportunity for the state to bring together everyone,” she said, adding that working to meet existing demands could benefit the community with new job creation.

“We’ve always known that Molokai has the potential of becoming the bread basket of our state as long as clean, safe water is available and a strategic plan is in place that will sustain the survival of the local farmers and growers especially during times of economic disadvantages and hardships,” Rep. Carroll explained. “This is why these House Concurrent Resolutions 207 and 208 are necessary and need to pass the House and the Senate.”