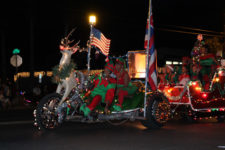 The faces of hundreds of keiki and ohana lining Ala Malama Avenue lit up as lavishly decorated Christmas-themed floats and marching teams paraded past last Saturday night. The Molokai Island Foundation’s fifth annual Parade of Lights featured 13 floats and eight marching units this year, including entries from Friendly Market, Monsanto, and other local businesses. Just a few of this year’s favorites included Rudolph the reindeer school bus, Poinsettia hula dancers, the Grinch and of course, Santa Claus.

Families and local organizations dedicated hours to designing and decorating their floats in hopes of winning this year’s contest. The Grinch and Whoville float, representing the Church of Jesus Christ Latter Day Saints, took home the grand prize of $700.… 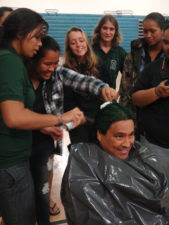 Molokai High School (MHS) Principal Stan Hao may have looked like his usual self when he showed up for school last Thursday morning, but by lunchtime, he was sporting a flashy new look –spiky, green hair. At the start of last school year, Hao promised MHS students that if they reached Adequate Yearly Progress (AYP) standards, he would dye his hair green for the day in front of the entire school. Though MHS did not technically meet AYP standards due to a shortfall in graduation rates, their double digit gains in both the math and reading portions of the Hawaii State Assessment (HSA) last year were noteworthy.…

Middle School Most Improved in the State 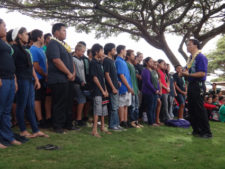 With great achievement comes great reward, and Molokai Middle School (MMS) students have certainly earned both. They were recently recognized by the Department of Education (DOE) as the most improved school in the state. Not only did they make Adequate Yearly Progress (AYP) standards for the first time since they separated from the high school eight years ago, but they made significant, double-digit improvements in both reading and math.

“It is my privilege to come here because you are the best performing school in the entire state of Hawaii,” said the Board of Education Chairman Don Horner at an academic achievement celebration assembly held at the school last Thursday.… 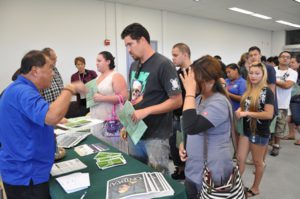 A series of scholarship fairs will be held around the state, sponsored in part by the Office of Hawaiian Affairs (OHA). Their intent is in part to provide Native Hawaiians with greater financial aid. The Molokai fair will be held on Dec. 13 at Kulana Oiwi from 5:30 to 8:30 p.m.

Known as the 2012-2013 Native Hawaiian Scholarship ‘Aha, these fairs are part of a partnership with the University of Hawaii, GEAR Up Hawaii, and the Native Hawaiian Education Association. Last year, OHA awarded $718,000 in scholarship money to an estimated 300 Native Hawaiian students, who received between $1,000 and $4,500 to assist with expenses for about 80 colleges, including Cornell University in New York and Stanford University in California.… 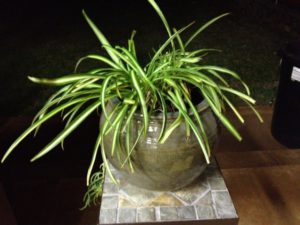 The Molokai Arts Center (MAC) will be having an open house and Pot and Plant sale at the Arts Center located in Kualapu`u, behind Coffees of Hawaii, on Saturday, Dec. 8 from 7:30 a.m. to 2 p.m. After nearly one year in this location, the artists are all excited to share their space and talents with the island.

Everyone has been busy creating planters for the sale, which is a fundraiser for the center. There are pots of all sizes, some with plants, and some without. In addition, other items will be offered for sale including bird baths, ceramic plant tags, garden luminaries, bird houses and even gift memberships for that hard to buy for person on your Christmas list.…

The Case of the Mysterious Poll

Can anyone solve this mystery?

Over the past month, Molokai residents have received anonymous calls, asking for personal information and personal opinions about Molokai Ranch, about wind turbines, and about possible “benefits.” The pollster is Ward Research of Honolulu. But if you ask “Who’s paying for it?” the callers say, “Sorry, we can’t tell you.”

Some have answered the survey, others have just hung up, but we all have to guess who’s behind it. Is it a local group? Is it Molokai Ranch? Is it a wind developer?
It’s clearly not government. Sen. English and Rep.… 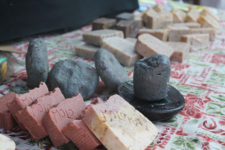 Think about a bar of soap. What probably jumps to mind is a hard, waxy block stamped with a generic brand that you bought in a pack from the grocery store. If you’ve ever bathed with a bar of handcrafted soap produced by Molokai Soaps of Hawaii, however, you’d have a different definition.

Master soaper Patricia Hammond creates all natural products made from local ingredients that not only help you smell good, but make you feel good as well. Each bar of soap is etched with the word “Molokai” and comes with a slip of paper that describes how it was made.… 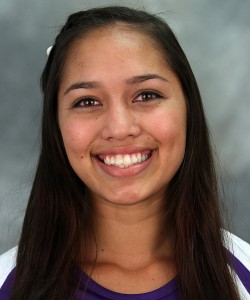 Linfield Volleyball’s top offensive weapon Kailana Ritte-Camara, a sophomore from Molokai, has been named to the 2012 All-Northwest Conference Volleyball Second Team. The honor was announced last week following a vote of the league’s coaches.

The sophomore outside hitter led the Wildcats with 2.73 kills per set, totaling 259 for the year. She ranked 11th in the conference in that category, while also adding 27 assists, 27 service aces, 298 digs and 27 total blocks.

Ritte-Camara registered double-digit kills 15 times during the 2012 season, including a season high of 17 against Willamette. Starting all 24 matches, she ranked third on the club in digs per set (3.65) and second in service aces (27).…

Friday, Nov. 9th at 12:46 p.m. marked the largest, most disturbing, fugitive dust “storm” ever seen in Ho`olehua. According to the Environmental Protection Agency (EPA), fugitive dust is dust generated from open sources such as unpaved roads and agricultural tilling operations.

On this particular day, the prevailing trades had picked up, blowing over Monsanto’s recently disturbed and exposed land, lifting massive amounts of dust into the air and sending it miles and miles across the landscape, beginning from the Kualapu`u reservoir to Mahana stretch near the airport. I had never seen anything like it before.…

While axis deer have become part of leading a subsistent lifestyle on Molokai, their presence has caused some problems for residents down at Kalaupapa, including damage to coastal vegetation and gardens as well as posing safety issues at the airport and on the road. This week, the National Park Service (NPS) held a two-day deer hunt to eradicate an estimated 20 to 40 axis deer from the settlement.

The process started early Monday morning with the help of 15 to 20 people to help push, or navigate, the deer from the coastal, airport and settlement areas. They were herded to a holding pen in the settlement and then be dispatched using a rifle.…