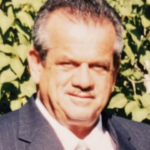 It is with great sadness that we announce the passing of Alan Steven Borsella, Sr. of Hopewell Junction, NY on February 8, 2022. Alan was originally from Ho’olehua, Molokai, Hawaii. He enlisted in the U.S. Army in 1964 upon graduation from Molokai High School. Alan served his country during two tours in Vietnam from 1966-1968 as a helicopter crew chief with the 155th Air Assault Helicopter Company. He was a decorated Vietnam veteran. Alan married the love of his life, Elaine, on April 26, 1969. They spent 52 years together and raised their children, Malia and Alan Jr., in New Rochelle, NY. Alan also worked for many years as an operating engineer and spent time with his family traveling, going to NY Yankee baseball games, watching the NY Giants, and enjoying backyard barbecues. Alan will always be remembered by family and friends for his sense of humor, willingness to help out others, being a friend to all, and love for his family.

He is survived by his loving wife, Elaine Borsella, and devoted children, Malia Asbury, Alan Steven Borsella Jr. and wife, Keri Borsella. He was a cherished Papa to Jimmy Asbury and Anela Asbury as well as his grand dog, Lani. Alan was a loving brother to Blanche Howe (Leon), Paulette Borsella, and Bryan Borsella (Debbie). He is also survived by a large extended family who will miss him dearly. May you rest in peace and watch over us from Heaven. We love you!