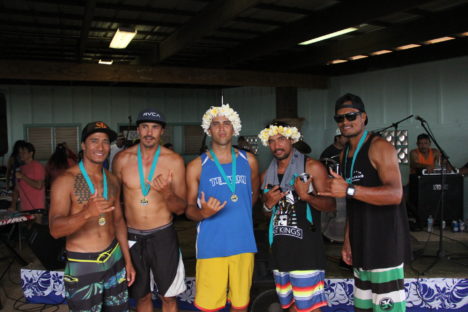 The 2016 Pailolo Challenge was held in amazing canoe racing conditions on Saturday Sept. 17. Two Molokai canoes, both from Wa’akapaemua Canoe Club, made the crossing from Flemings Beach on Maui to Kaunakakai Harbor in the men’s Open Iron Unlimited and one in the women’s Open Division.

An accident at the beginning of the race on Maui sent a female paddler from Hawaii Island to the hospital with critical, life-threatening injuries, according to the Maui Fire Department. No update on her condition was available.

The Na Wahine O Ke Kai will take place on Sunday Sept. 25 and the Molokai Hoe will be on Sunday, Oct. 9.